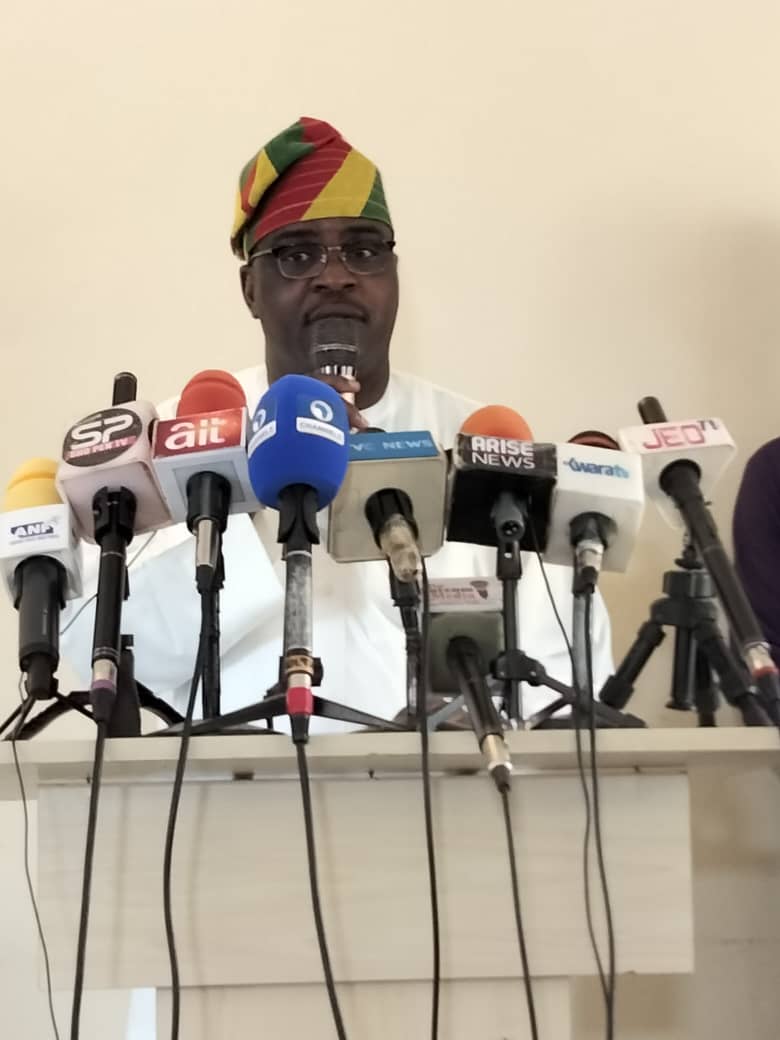 By Nasir Abdulganiyu and Oyewale Oyelola

The Madawaki of Ilorin and Young Progressives Party (YPP) governorship aspirant in Kwara State, Alhaji Yakubu Olayiwola Gobir has stated that ‘Federal Might’ cannot rescue Governor AbdulRahman AbdulRazaq and All Progressives Congress from defeat in 2023.

Alhaji Yakubu Gobir stated this on Wednesday while declaring his intention to contest governorship in kwara state ahead 2023 general elections at YPP State Secretariat in Ilorin.

According to him, Anybody relying on ‘Federal might’ to impose an unwanted candidate on the people, should perish the thought. We will not stand for it.

He noted that 2023 governorship election in Kwara State will be about individual and not political party.

His words: “It has become clear that the 2023 elections in Kwara will not be about which political party you belong to, but about our collective ideals, values and which INDIVIDUAL the PEOPLE believe can deliver on those ideals. The gubernatorial
elections in March 2023 will be a referendum on the current administration of this state.”

Speaking on his agenda for the state, the entrepreneur promised to unite and bring more prosperity to the state.

“Years ago, in this town of ours, a damsel from Kuntu caught the eye of a young man from Gambari in the simplest of romantic beginnings that would last decades and produce heirs to our rich ancestry. In those days of Kwara, there was no East or West, North nor South. We were just one people, united in our quest for
progress.” He stated.

“I look around me today and shudder to think that this beautiful town which paid homage to my parents’ love story has become a torn society marred by economic, political and cultural divides. The State of Harmony hangs in the balance, at a precarious moment when true leaders must rise and followers should demand a collective commitment to the shared prosperity which was envisioned by our forefathers.

“As most of you are aware, I was a key player in the 2019 elections that ushered in the current APC government, at both state and federal levels. Yet, I must confess, I have become disillusioned with Nigeria’s leadership selection process.
Our ‘democracy’ is an expensive and inefficient exercise which has been hijacked by moneybags in an illegitimate process that cannot produce a legitimate outcome.

Gobir who Hails from Gambari compound of Ilorin East local government graduated from Pharmacy department of  the Ahmadu Bello University in 1985 at the age of 19. He obtained postgraduate
degrees from the University of Lagos, Institut D’ Administration Des Affaires
(INSEAD) France, and Harvard Business School.