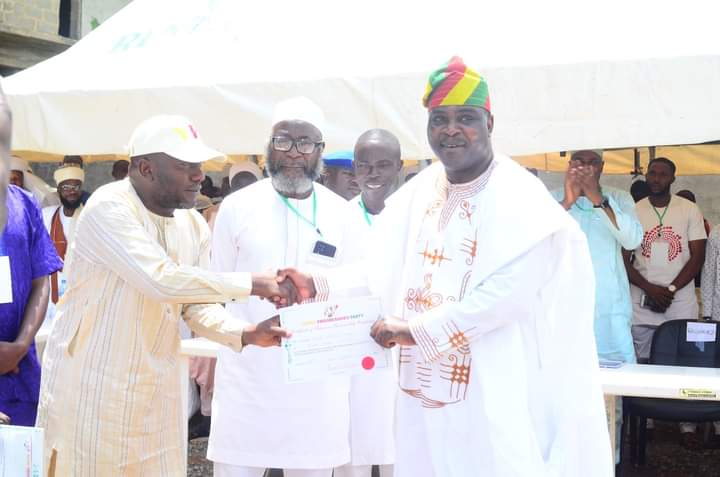 By Oyewale Oyelola and Nasir Abdulganiyu

The Party Zonal Chairman (North Central), Alhaji Mohammed Mujtaba while presenting Certificate of Return to the Pharmacist turned Politician, said he has fulfilled all requirements inline with YPP Constitution and Electoral law.

In his acceptance speech, the former APC financer said YPP has strong political structure across 193 wards of kwara state, noting the party will win big during next year polls.

He applauded his supporters and associates for keeping faith with him despite the little setback experienced in APC.

The Ilorin born politician promised to transform Kwara State economy and inject life into local government areas by conducting election as well as give its leadership freehand to develop the grassroots.

Gobir reiterated that some elephant projects of the current administration would not impact People’s lives positively.

In his remarks, Kwara YPP Chairman, Chief Dele Ogunbayo said all party members represented by delegates align with candidacy of Alhaji Yakubu Gobir due to his God-fearing personality.

“He (Gobir) is loved by all and sundry and we unanimously agreed that he should be YPP gubernatorial flag-bearer. This is the voice and choice of all members of Young Progressives Party. We strongly have faith in God, it is our belief that come 2023, Alhaji Yakub Gobir is the next Governor of Kwara State.” 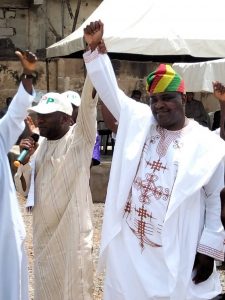 Ogunbayo however advised all party candidates and members to work assiduously towards making YPP triumph in 2023 elections.