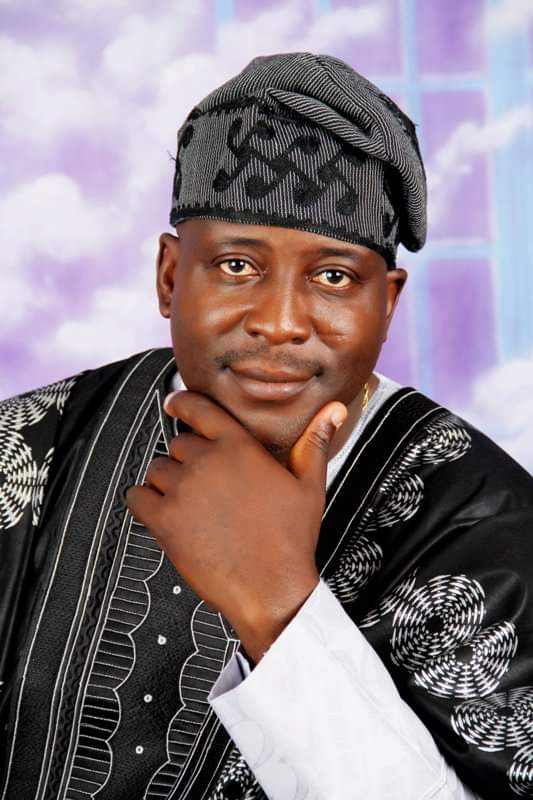 A chieftain of People Democratic Party PDP, and Special Adviser to the former Kwara State Governor Alhaji AbdulFatai Ahmed, on Agriculture& Rural Water Support Services, Otunba Anu Ibiwoye has assured Kwarans that, the PDP will take over power from the ruling All Progressive Congress, APC in 2023.

Otunba Anu in an interview with pressmen in Ilorin on Thursday, said every government’s objective is have visible impact on its people through dividends of democracy but 3 years down the line the government of Abdulrahman Abdulrazak and the APC’s “O to ge” movement have failed to deliver and now people can see the difference.

Otunba noted that building PDP as a party is Paramount to him because a strong Focused and active grassroot party is the veritable platform the PDP is putting in place to take Kwara back in 2023 by Gods grace.

He stressed that his experience in politics since 2011 when he ran for Senate has made him to understand that, the success of the party is more important than any individual’s aspirations.

“Immediately after 2019 election, coming from the defeat the our party have suffered, as the party has spent more of time rebuilding, refocusing re-strategizing and correcting mistakes the party has made in the past with a clear focus on taking KWARA back in 2023. So I have along side other stakeholders in our party been concentrating on building a party that is strong, united, focused and that will win the next election.”

Otunba said, no matter what the aspirations of people are, if they do not have a party that can support or push their aspirations then that aspiration is worth nothing.

He, however, said he is more interested in building the party that can go to an election and win. When the party win then everybody would have one or two role to play and that is his own aspiration for now.

Speaking further, He Said that Nigeria under the APC and President Buhari has not been able to reduce corruption which has continued to impact negatively on the economy. He explained that, the economic indicators and analysis in public domain now are worse than when the former President, Goodluck Jonathan was in power.

If we then compare Jonathan’s administration to this APC regime, you will see that we are not better off than we are in 2015, as matter of fact we are worse.

“In 2015 We are talking about one hundred and fifty naira to a dollar during the Jonathan administration, but now in 2022, just about 7 years of APC rule in Nigeria, the price of dollar is now about five hundred and seventy to one dollar.

Also look at the prices of foodstuffs, electricity and fuel, everything have skyrocketed beyond what the masses can afford.”

“Moving forward now as you can see, the PDP is re-engineering refocusing and re-strategizing from the national to the state and LG levels.

“As you can see, We’ve done our Congresses and they were essentially rancor-free. Also and look at the quality of people that holding party positions in the state. There is nothing like imposition, rather people were elected based on their popularity acceptability, antecedents and pedigree.”

“From all indication, it is clear that the PDP as a party, is out of the woods in KWARA. We are rebranding, building our bridges structures back and connecting back with the people since we lost the last elections in 2019.

We are carrying on our E-Registration, exercise, registering our party members base and this just shows you that PDP is vigorously working hard to take over power from APC not only in KWARA but also at the National ,”he said.

Also In, the interview Otunba Anu Ibiwoye also declared his support for the presidential aspiration of the former Senate President, Dr Bukola Saraki.

He said “quite frankly I’m very optimistic that PDP will takeover the power from APC come 2023, and we are not going to take the kind of chance in 2023 as we did with Buhari in 2015.

We must field candidates with demonstrated capacity experience and track record and I believe that Dr Bukola Saraki is capable of becoming Nigeria’s president.”

“Without sounding immodest, lSaraki credentials and experience speaks for him. He has served in several capacities including as Special Assistance to the former President, Olusegun, He also was the Executive Governor of Kwara for two terms, doubling also as chairman Governors forum.
Dr Bukola Saraki has very robust legislative and executive experience, and demonstrated capacity for the office of President.