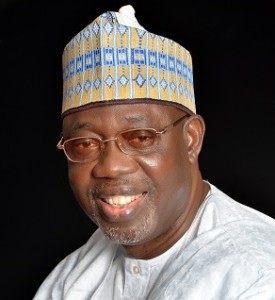 A former vice Chancellor of University of Ilorin and gubernatorial aspirant in the just concluded Social Democratic Party (SDP) in Kwara state, Professor Shuaib Oba Abdulraheem has perfected plans to defect to the New Nigeria People’s Party (NNPP), to realize his gubernatorial ambition during 2023 polls.

Abdulraheem, who has contested Kwara state governorship in 2011, 2015 and 2019 under the People’s Democratic Party (2011 and 2015) and All Progressives Congress (APC) (2019) but never secured the party’s gubernatorial ticket was also defeated in the SDP primaries by son of former Kwara state Governor, Hakeem Lawal.

In a keenly contested election, for which a rerun was conducted at the instance of Prof. Abdulraheem lost to lawal at the two rounds of the elections.

Our correspondent gathered that the SDP, being a new opposition party made up majorly of breakaways from the ruling APC in Kwara state, feared the waste of resources that accompanies conduct of indirect gubernatorial primaries and instead, mulled consensus option, but failed.

A credible source within SDP leadership said: “Our Party later decided to consider collegiate election as a consensus mechanism, whereby stakeholders of the Party decides who becomes gubernatorial candidate.”

“Accordingly, the party decided that a total of sixty six (66) delegates, including the State executives of the Party, local government Chairmen and sixteen (16) elders – one from each local government should decide who the Party’s gubernatorial flag bearer would be”, he said.

Hakeem Lawal polled 33 votes at first primaries while Prof. Abdulraheem emerge the second runner up with 16 votes. Audu garnered 10 votes, Engr. Babalola scored 2 votes, while the duo of Arc. Belgore and Khaleel had no vote.

However, against the pledged acceptance of the outcome of the collegiate method of candidate selection by all the aspirants, the outcome was greeted by a petition from Prof. Abdulraheem who rejected the results of the polls.

According to a letter dated May 27th, 2022 and addressed to the National Chairman of SDP by Prof. Abdulraheem, titled “Purported electoral college arrangement for the governorship primary election in Kwara state, held on 25th May, 2022; A petition against unlawful exclusion” and obtained exclusively by this medium, Abdulraheem claimed he was not aware an electoral college was to hold on the fateful day, as he was only invited for an interactive session.

Abdulraheem said the Party constitution made no provision for electoral college as a mode of primaries. He also claimed that the process was not transparent and contradicts the approved schedule of activities set by the National leadership of the Party.

However, according to one of the local government Party Chairman, “Prof. Oba is fully aware and part of the process leading to the electoral college. He met all local government Party structures, elders and state executives of the Party days to the electoral college voting, to canvass our support. That he is not aware is far from the truth”, he said.

Notwithstanding, Prof. Oba’s protest was upheld and the party leadership directed conduct of gubernatorial primaries as spelled out in the SDP constitution.

Delegates for the gubernatorial primaries included the four (4) central working committees (CWCs) of the 193 wards, 16 local government Chairmen and the national executive member from the state, making up a total of 823 delegates.

On Monday 30th May, the party conducted a proper delegate gubernatorial primaries at Arca Santa events Centre, amidst tight security. Although, it was reported that four (4) other gubernatorial aspirants accepted the outcome of the electoral college as initially agreed upon, they therefore decided not to participate in the primaries, making it a two horse race between Lawal and Abdulraheem.

A total of 799 votes were casted at the primaries, of which Hakeem swept a total of 606 votes, against Prof. Abdulraheem who garnered 177 votes, while 7 were invalid, therefore reaffirming the victory of Lawal as the Party’s flag bearer.

Although, after what many termed as “second leg” of Kwara SDP primaries, the former Unilorin Vice Chancellor is yet to declare his acceptance or rejection of the election, but all indications showed that the academia turn politician had concluded plans to join NNPP, a party founded by former Governor of Kano state, Rabiu Musa Kwankwanso.

According to impeccable source, “Abdulraheem has met leadership of NNPP and concluded plans to be the party’s gubernatorial flag bearer.

“He has convened a meeting of those of us who are his religious followers and informed us of this decision and we are happy about it, because he is not appreciated in SDP”, he said.

“You know Prof. Oba is very strategic, he is working on poaching some popular State Assembly aspirants who lost elections in SDP to come pick NNPP tickets and contest 2023 elections under the platform”, the source said.