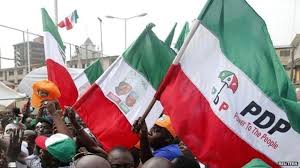 The quest for the People’s Democratic Party (PDP) to regain political power in Kwara gained traction as the Saraki Grassroot Ladies Forum, Osi Ekiti local government area of Kwara State is set to kick off her “House to House Campaign” in Osi Community, Ekiti LGA.

The formidable political group said the move is to create awareness and mobilize prospective voters for the ongoing continuous voters registration (CVR) and also the membership registration and revalidation exercise of the People’s Democratic Party, PDP.

The move was also stimulated following the appointment of Hon. Felicia Ebun Owolabi as member National Board of Trustees (BoT) of the PDP.

In a statement signed by the coordinator, Mrs Alabi Aishat Toyin Abd’Lateef (Alive), the Saraki Grassroot Ladies Forum expressed gratitude to the immediate past Senate President, Federal Republic of Nigeria, Dr Abubakar Bukola Saraki, over the appointment of yet another woman to such an enviable position.

“This is another attestation to the fact that the Saraki political structure never undermined the roles of women in political activities.

“It is indeed a strong hope for us as young women in politics,” Alabi said.

Mrs Alabi Aisha said the forum is left with no other choice than to commence the “House to House Campaign” in order to swell the chances of the PDP under the leadership of Saraki.

This, she said will not only “brighten their chances of more key positions, but guarantee the people the dividends of democracy,” judging by his influence and immeasurable will to help the people of Kwara.

“Voter’s card is the weapon to effect positive change in government and a strong tool to reclaim power from the ineptitude of the ruling APC government in the state.

“We urge all party members to get their INEC voters’ cards and endeavour to participate in the ongoing PDP online membership registration.”

The coordinator, who is a grassroot mobilizer and advocate of women inclusion in politics, also advised young women to be more active in political activities.

She also urged them to use their energy and number to their own advantage.

Alabi Aishat, however, encouraged other members of her forum on community sensitization to gain more members into the party.

“With the just concluded PDP Congresses at the Ward, LG, State and National levels, the women inclusiveness witnessed 30 to 35 % affirmative. This is a pointer that the Peoples’ Democratic Party values the women and that it’s ready to stage a come back in the 2023 general elections.”

Also Speaking at the meeting, Mrs Aina Olushola appreciated the group coordinator on the project.

She further applauded the leadership traits of Hon. Felicia Ebun Owolabi in Ekiti LGA and the state in general.

Olushola, who observed that the worst PDP administration is far better than the best APC is offering presently, noted that the time has come for aggressive house to house campaign, to send the APC government parking in the state and national level in order to rescue the people.