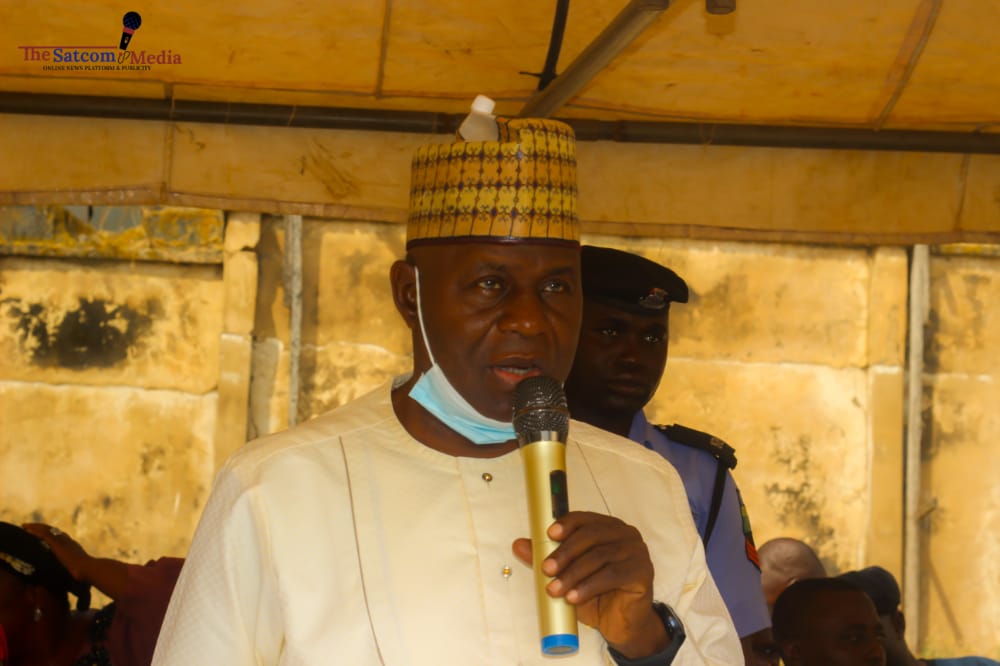 The State Caretaker Chairman of the All Progressives Congress (APC) in Kwara State, Hon Bashir Omolaja Bolarinwa has charged loyal party members across 16 local government areas to remain resolute and committed to the struggle.

Bolarinwa made call on Saturday while addressing the party stakeholders and women during Ileya Get Together orgw by his wife, Alhaja Ayisat Bolarinwa at his Ilorin Residence.

He noted that Governor AbdulRahman AbdulRazaq is not ready for genuine reconciliation but only desperate to secure second term.

Bolarinwa said: ”Kwara APC will continue to wax stronger if they respect our opinion and interest. The party belong to all of us; we have the majority, the people are standing with us.”

Bolarinwa hinted that the party leadership will brief members on the forthcoming APC congresses, starting with ward congress on July 31, 2021 across the country.

He appreciated his wife for hosting Kwara APC women from 16 local government areas to celebrate this year’s Sallah Celebration, noting that ‘She is a strong pillar of support”.

In his address, Akogun Iyiola Oyedepo said Governor Abdulrahman Abdulrazaq will taste treatment given to past political traitors in Kwara state.

According to him, the plot of traitors will not work. They will be end up like previous political traitors. We all know what happened to Adamu Atta. They will be given the same treatment.

”We are launching a violence-free revolution through sensitization and mobilization of people in the grassroots ahead of 2023. Another four years of this kind of administration will be disastrous.” Oyedepo observed.