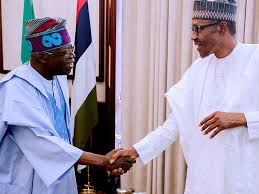 The stakeholders made this call during a meeting held at party secretariat, Ilorin on Tuesday.

In the resolution reached after the meeting, they urged the party leaders to guide Buni-led committee accordingly.

The meeting had in attendance party leaders and stakeholders from the 16 Local Government Areas of Kwara State.

The meeting deliberated upon varying issues affecting the party at both national and state levels.

After a holistic reviews of events and happenings within the party in the last few days, the meeting agreed and reached the following resolutions:

1. The meeting expressed displeasure over the upsurge of ethnic and religious violence across the country and urge for restraint among the political class in order not to exacerbate the problem. The meeting call on all leaders of thought in the country to join hands with the APC-led Federal Government in nipping insecurity in the bud instead of fanning the embers or being plainly conniving and destructive.
2. We further condemn in its entirety the rising waves of violence and thuggery in Kwara State.  Violence had been unleashed on our party members at Moro, Edu and Banquet Hall, Ilorin. Curiously the perpetrators of violence are close to the seat of government.  The government therefore should not allow politically motivated violence to further heighten the insecurity in the State.

3. The meeting urged all members to continue to be steadfast in their support for the All Progressive Congress led by Hon. Bashir Omolaja Bolarinwa and party structure at all levels.

4. On the crisis rocking the State chapter of the party, the meeting call on President Muhammadu Buhari and other founding fathers of the APC like Asiwaju Bola Ahmed Tinubu, Chief Bisi Akande, etc to urgently wade into the Kwara crisis before it snowballs.

5. The meeting commends the courage and leadership of the various leaders and stakeholders of the party, particularly the two Ministers from Kwara State – Alhaji Lai Mohammed and Senator Gbemisola Saraki -who have lent their voices in demanding for a transparent and inclusive registration exercise that is in accordance with the guidelines of the party.

6. The meeting urges the National Leadership of the APC, led by His Excellency, Gov. Mai Mala Buni to listen to the voice of reasons from these leaders before the situation gets out it. We ask, if the APC National Caretaker Committee does not consider the voices of the overwhelming majority of party members strong enough, would they also wish away the strong voices of the two Ministers from the state in the cabinet of President Muhammadu Buhari?
7. Finally, the meeting call for calm and restraint from all our teeming members and supporters, inspite of the deliberate provocation by some elements in the party.
8. The meeting expressed confidence that in due course, justice prevail.