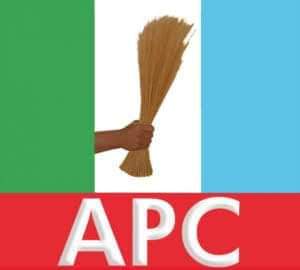 I was bewildered when I read that the Kwara state APC Chairman, Honourable Bashir Omolaja Bolarinwa (BOB) was suspended, It was most surprising because I was there at the parley organised by the Governor, to represent a party executive from my constituency, who was unavoidably absent, but before then

I was approached to sign a resolution on behalf of who I was representing, after reading the resolution, I was not surprised that only two (2) persons signed, Ishowo and Abel Adewumi, the man who read the script, because no sane mind would sign contents of such an intellectual degrading resolution, the only thing that surprised me was that out of the 7 party executive council members, that the Governor claimed are loyal to him, in a council of over thirty (30) members, why was he able to get only two (2) to sign the resolution?

Now to what exactly transpired at the stakeholders parley, after the Governor, the Speaker of the Kwara State House of Assembly, and a few others spoke, a man rose to be recognised, he came with a paper and was reading series of allegations against the person of the Chairman, he wasn’t able to finish the written speech before he was grabbed by the neck and thoroughly beaten by party executives who displayed their anger over such shenanigans against their Chairman.

In the middle of all this, a dazed party Chairman, Hon. Bashir Omolaja Bolarinwa stood up and asked the Governor what was happening, and His Excellency replied BOB that he should be calm and sit down to watch as events unfold, a visibly angry BOB shouted at the Governor and asked him to sit down too, a particular member of the state House of Assembly also heaped series of insults on the Governor.

I want to use this medium to fully declare my support for BOB, and whoever is afraid of BOB or wants him out of the party, should be ready to mobilise 2/3 members of the executive has signed to that effect, and not trying to stage a comedy play with two (2) lone rangers who are only after what to eat, as against the future of our dear state.

I’m still wondering on how a parley that was meant as an avenue for the Governor to explain to fellow party men on issues of lack of transparency that has beclouded his government, from different inflated contracts to many substandard roads, favouritism and the claim of 300 million local government funds, all the Governor could do to escape questioning by party members is to disrupt the parley, congratulations to the Governor as he continues his dark days of lack of transparency.

One thought on “Kwara APC Crisis: What Transpired At Kwara Hotel on Thursday”