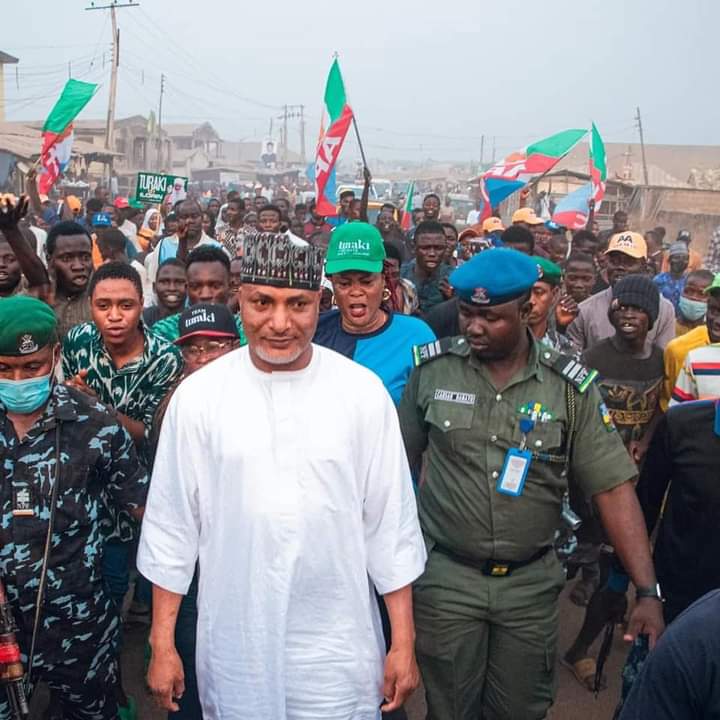 The All Progressives Congress (APC) Senatorial Candidate for Kwara Central, Mallam Saliu Mustapha has taken his campaign to the streets to canvass for votes ahead of February 25 elections.

Saliu Mustapha who is also the Turaki of Ilorin visited some streets in Kwara Central to show his street credibility, directly canvass for votes and connect with the people.

The APC Senatorial Candidate on Friday moved his campaign train to Alapa in Asa local government. While in Alapa, Saliu Mustapha restated his readiness to use use legislation to address challenges facing people Kwara Central and provide sustainable empowerment for the citizenry, when elected as Senator.

The Ilorin born Politician while addressing community stakeholders, APC leaders and members, noted that some communities in Asa local government are already benefiting from boreholes project across 17 wards. 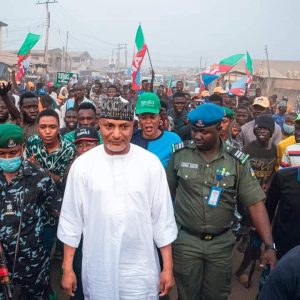 The chant of Sai Saliu! Sai Saliu!! Sai Saliu!!! caught attention of residents who were trooping to the street to associate with the APC Senatorial Candidate in 2023 general elections.

The show of love by residents is pointer to the fact that Saliu Mustapha has endeared himself to the people through his calmness, humility and generosity.