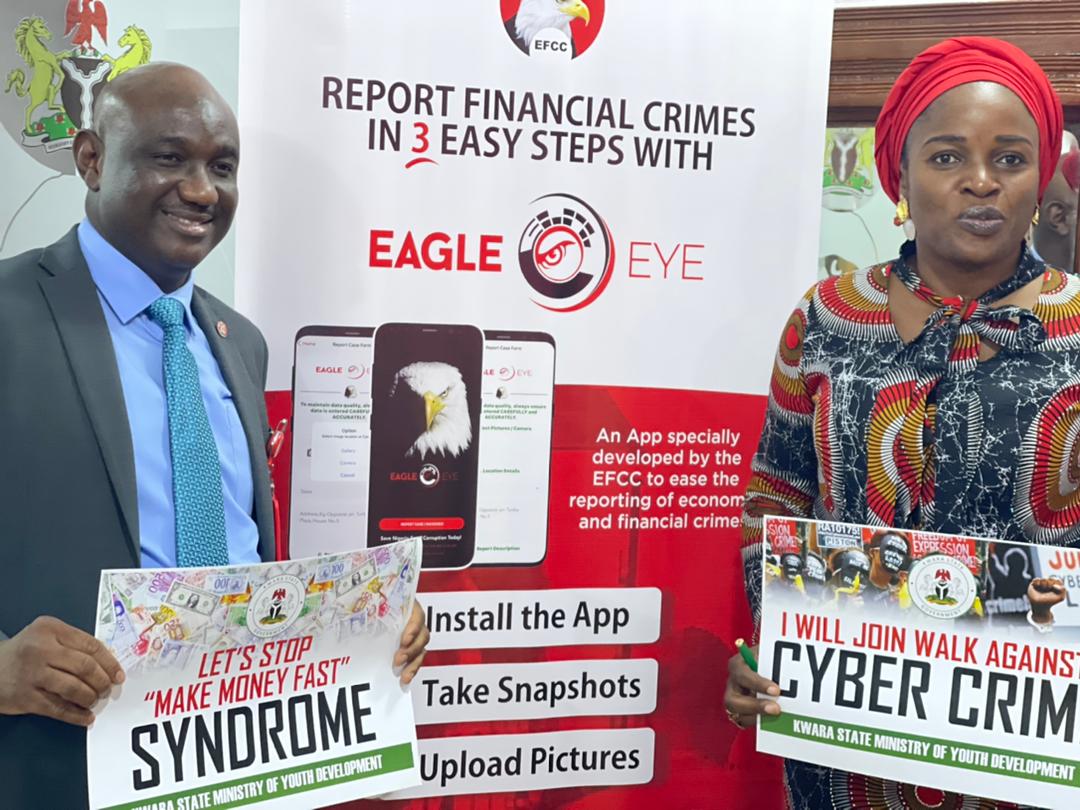 Thr Kwara State Commissioner for Youth Development, Hon Harriet Adenike Afolabi-Oshatimehin has seek more collaboration with the Economic and Financial Crimes Commission (EFCC) in its fight against financial and cyber crimes in the state.

Afolabi-Oshatimehin made this call during a courtesy visit to the Ilorin Zonal Office of the Commission on Thursday.

The Commissioner in her address noted that the war against cyber crime can only be won with combined efforts when like minded bodies come together to deliberate on how best to tackle the menace.

The Commissioner who called for synergism between the Ministry and the Commission on sensitization, seminars, walks that would be centered on fighting cyber crime said that, the importance of educating the youths and the general public as a whole on the dangers of these crimes cannot be overemphasized. 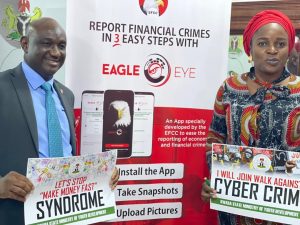 She said the benefits of active and positive engagement among the youths cannot be overemphasized.

Osatimehin therefore added that students must get involved in constructive engagements to better prepare their minds for the youthful age.

She stressed that it is easier to prevent crimes from happening than to stop it after it must have happened, She then advised on the need to adopt the preventive measures approach as it is easier and cheaper than curative measures.

The Zonal Head of EFCC , Usman Muktar in his remark commended the initiative of the government in enlightening the youth in the dangers embedded in crime.

He therefore pledged the support and partnership of the commission. He further stated that public enlightenment/ advocacy should be carried out from time to time on radio stations as this will help spread faster and to grassroot levels.

The Permanent Secretary of the ministry, Barr Mrs Iyabo Funke Banire, in her submission reiterated the need to educate as some of those who engage in these crimes are innocent and do not know the implications of the act.

The Director PFS, Alh Shuaib Abdulganiyu stressed that channelling the fight through Parents would also go a long way in the fight against cyber crimes.