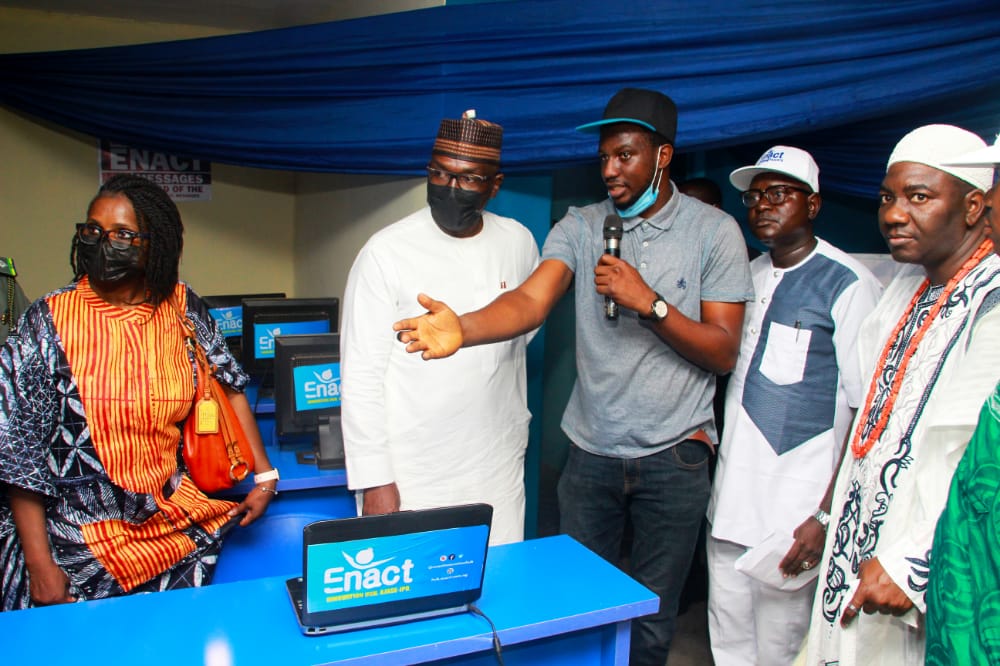 Speaking at the official opening of the hub on Thursday, Governor AbdulRahman AbdulRazaq said the hub is a milestone for the development of Kwara state that is commendable because it is one that would contribute to the human capital development of the state.

According to him, the construction of the hub is a process of connecting Kwara to the global village.

He appreciated Engr Nurudeen Adeyemi for the laudable effort in bringing technology, education and innovation closer to the people.

The Governor also urged the people of Kwara South, who are the direct beneficiaries, to make proper use of the hub.

In his address, The ENACT Principal, Engr. Nurudeen Adeyemi, applauded Governor AbdulRahman AbdulRazaq for his visionary leadership in the state. 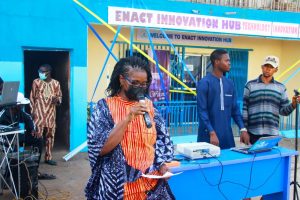 He said, “Governor AbdulRahman AbdulRazaq is trying to reposition the economy of Kwara state so that the state can begin to work for everyone, in particular our youths.

“The Governor challenged all well meaning Kwarans particularly those in diaspora to be a partner in the development of Kwara and in our bid to establish a New narrative in Kwara.”

Speaking about the newly commissioned hub, Engr Adeyemi explained, “The ENACT INNOVATION Hub is our contribution to support the vision of the Governor of Kwara State as an important complementary tool in addressing one of the critical issues bedeviling our society: Chronic Youth Unemployment.”

He therefore tasked the youths to instead of always complaining, think of a positive way of impacting their society.

“Complaining about what is not working is easy, but we should all endeavor to positively impact our immediate areas of influence in order to bring about the gradual changes we want in our society,” he concluded.

Mr Kayode Ishola, the Chief Executive of Digprom, who also served as the Programme Coordinator for Enact Innovation Hub, while speaking, explained the idea behind the innovation.

Mr Kayode said the programme idea came up in November 2020 and it was necessitated as a matter of urgency to launch its kind in the state and for the benefit of kwarans especially from the Kwara south.

He further said, “Presently Over 160 persons have been registered. The idea is to promote people in tech economics, as we know that entrepreneurship is the idea for real development.

The Programme Coordinator, who noted that digital skills are free of charge, implored parents and guardians to register their wards as we are all now in a digital village.

The sideline of the event is the touring round of the facilities in the Innovation hub by Governor AbdulRahman AbdulRazaq and other dignitaries in attendance.