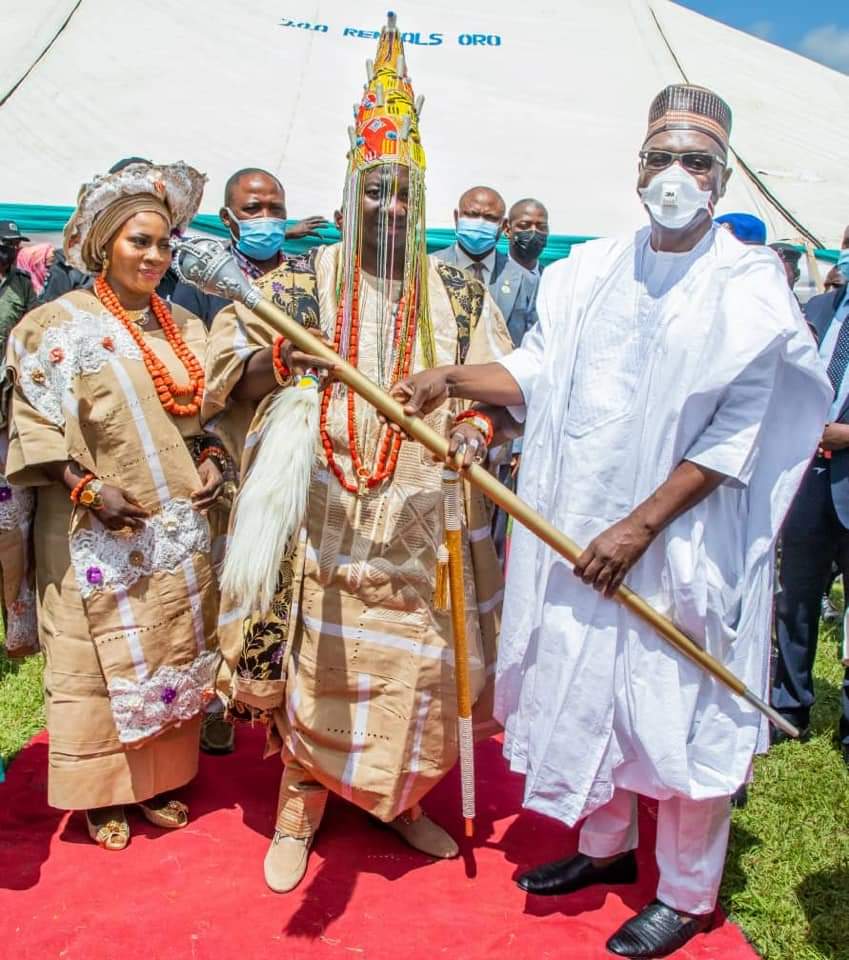 Kwara State Governor AbdulRahman AbdulRazaq has congratulated the Olupo of Ajase-Ipo Oba Ismail Yahaya Alebiosu on his first year anniversary since ascending the throne of his forefathers.

In a statement on Tuesday, the Governor saluted the monarch for his courage, sense of duty, and the maturity with which he has cordinated the royal court and issues affecting his people.

“I join the rest of our people across Kwara State to celebrate His Royal Highness on his first anniversary since coronation. We are impressed with his finesse, large-heartedness and his passion for everything that brings succour to the people. These qualities reaffirmed the confidence his people had reposed in him when crowning him the king,” the Governor said.

“I beseech Allah to grant His Royal Highness Oba Alebiosu good health and long live on the throne of his forebears. Congratulations!”