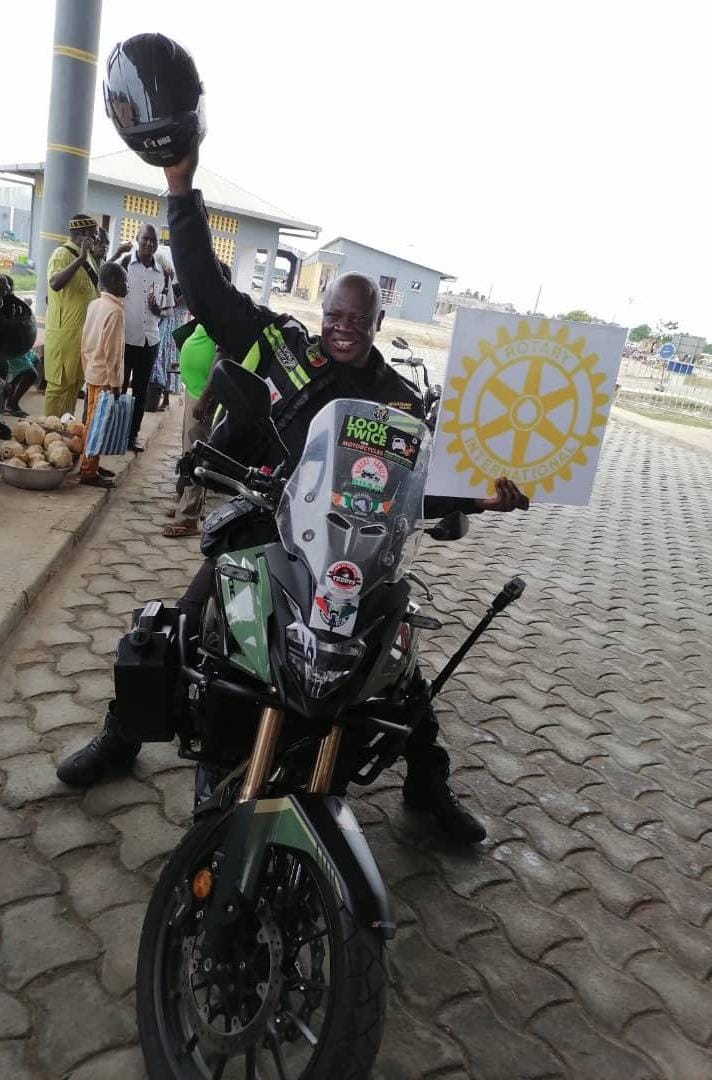 Kwara State Governor AbdulRahman AbdulRazaq has congratulated the #LondonToLagos Biker, Kunle Adeyanju, on the completion of his 41-day journey to raise awareness and funds for #EndPolio campaign in Africa.

In a statement on Monday, AbdulRazaq described Adeyanju as a brave humanist and a great ambassador of Kwara State who has used his talent and passion to bring joy and safety to millions of people.

AbdulRazaq said he followed the efforts of the biker as he rode through over 14 countries on the 12,000km journey, reiterating the commitment of the administration to maintaining its polio-free status as part the global efforts to permanently #EndPolio.

“On behalf of the people and the government of Kwara State, I congratulate and especially commend Rotarian Kunle Adeyanju on the completion of his historic #LagosToLondon journey. It is a memorable feat for us and for generations to come,” the Governor said.

“Our administration priorities citizens’ health and has made Kwara a polio-free state. We are therefore pleased and proud to see a Kwaran leading a humanitarian campaign to rid our world of polio in his own unique way. We are certain that history does not forget great people like Adeyanju who give their all for humanity.”