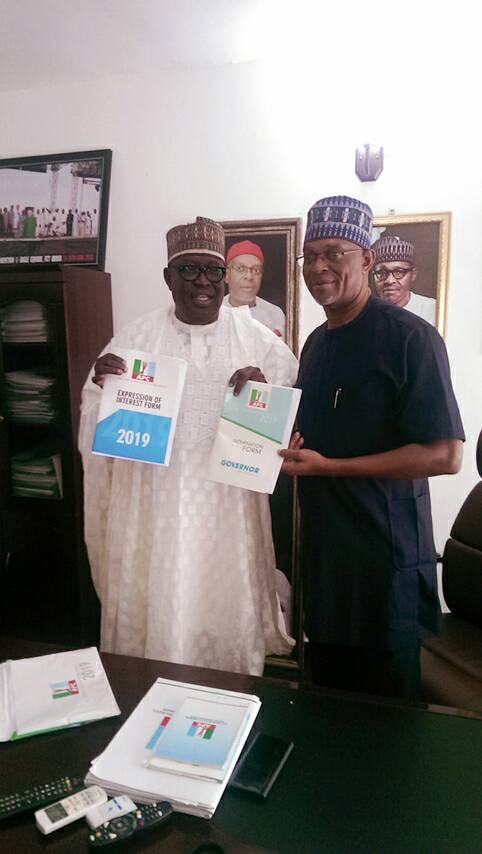 A frontline  APC governorship aspirant in Kwara State, Hon Mashood Mustapha has applauded the adoption of direct primary election mode by stakeholders in the state to pick candidates for the 2019 general elections.
Mustapha stated this on Thursday after submitting his expression of interest and nomination forms at the APC national secretariat in Abuja.

“Direct primaries would deepen internal democracy within party, give all party members sense of belonging and allow emergence of popular candidates,” he said.

Mustapha added that the new system would also put an end to monetisation of primary elections of the party because all party members would exercise their voting right irrespective of their status or position.

The former federal lawmaker, however, implored the national leadership of the party to conduct credible, free and fair primary election in line with the guidelines of the APC.

He urged the party leadership to avoid imposition of candidate in order to prevent post-primary crisis ahead of forthcoming general elections.
Mustapha reiterated that APC is now a party to beat in Kwara state, adding the the impressive performance of President Muhammadu Buhari in area of infrastructural development has endeared him to residents of the state.
Our correspondent reports that friends and supporters of Mashood Mustapha accompanied him to the party secretariat.