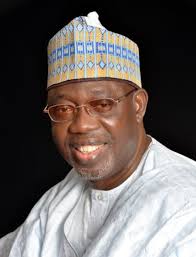 An independent survey conducted by the Kwara Youth Stakeholders Forum (KYSF) this week has shown that former VC of the University of Ilorin Prof. Shuaib Oba Abdulraheem  is the most preferred candidate by most of the respondents in Kwara State.
The survey was conducted through questionnaires distributed to the 16 Local Government Areas of the State, in order to get the opinion of the people which will also help to shape and possibly prune down the number of aspirants that will go into the race especially at this period that the state opposition party needs a strong and acceptable candidate to face Saraki’s PDP
The survey questions include *Acceptability of candidate in each senatorial district
*Competence
*Integrity
*Grassroots support
*Religious Tolerance
*Party Cooperation
*Capacity to defeat Saraki’s PDP
*Tendency to work for Saraki
*Records of Community Development and
*Financial Capacity
The result of the survey released by the group acting President Abdulrazak Oyan indicated that Prof. Oba Abdulraheem was favored by the response of about 70% of the respondents in most of the areas highlighted for rating except for his financial capacity which many rated low.
He said, while the organization can not determine who gets the party ticket, their survey is to bring out the interest of the people at the grassroot.