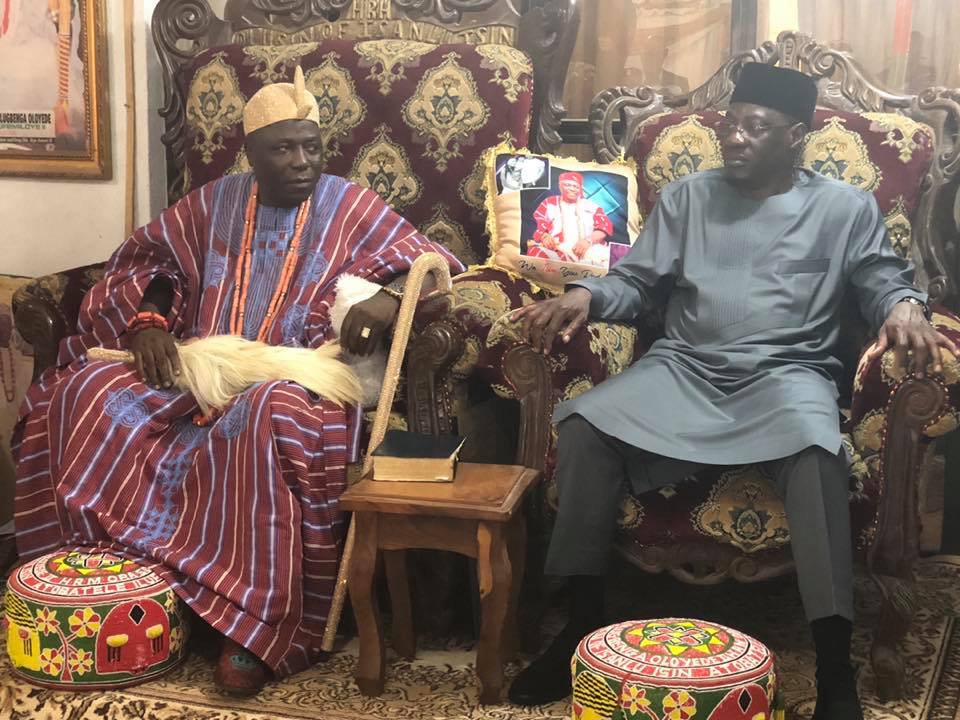 Oba Oloyede who is the Chairman, Isin Traditional Council gave the endorsement in his palace when he received Governor Ahmed during his consultative tour of Kwara South.

The monarch said the governor had demonstrated capacity to represent Kwara South at the Senate with numerous developmental projects in the local government, saying that all royal fathers across Isin towns had concluded to support his senatorial bid.

“Your achievements have spoken for you. You don’t need to campaign for us. Isin land is fully behind you for Kwara South Senatorial Seat,” Oloyede declared.

At their respective palaces, the Olosi of Osi, Oba Abdulkareem Adesofegbe and the Alofa of Ilofa, Oba Samuel Niyi Dada in Ekiti and Oke-Ero LGs respectively affirmed their support to Governor Abdulfatah Ahmed’s Senatorial bid.

They submitted that the Governor’s achievements in Kwara South would earn him the party’s ticket and emerge as Senator representing Kwara South senatorial district.

Speaking during the visits, the Kwara State Governor, Dr Abdulfatah Ahmed explained that his decision to contest for the Kwara South Senatorial seat is to bring his experience to bear to attract federal presence to Kwara South.

Dr Ahmed appealed to the people of the state to support the Peoples Democratic Party (PDP) in salvaging the economy and uniting the country.

He urged the people to reject nocturnal politicians who only returned home to deceive the people during the elections.

Gov. Ahmed also thanked royal fathers in Kwara South for standing by his administration and for sustainable peace in their respective domains.