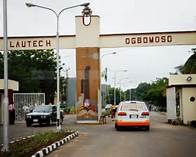 The Pro-Chancellor and Chairman, of the newly constituted Governing Council of Ladoke Akintola University of Technology (LAUTECH), Ogbomoso, Prof. Oladapo Afolabi, has said that the university will reopen for operation very soon.

Professor Afolabi made this known while addressing a press conference  in Osogbo, Osun state capital on Monday alongside other new members of the Governing Council of the university.

He explained that the new council has done a lot to end the crisis rocking the institution.

The new chairman, who is a former Head of Service of the Federation and a professor of chemistry acknowledged the support of the Unions in the school. adding  LAUTECH would soon be reopened for the benefit of the students.

Prof Afolabi added that the council would interact with the unions, the Student Union and other stakeholders including the two governors, former vice chancellors; the Soun of Ogbomoso, among others to ensure that the crisis was permanently resolved.

The Vice Chancellor of LAUTECH, Prof. Adeniyi Gbadegesin and other Principal Officers of the university  were present at the press conference.