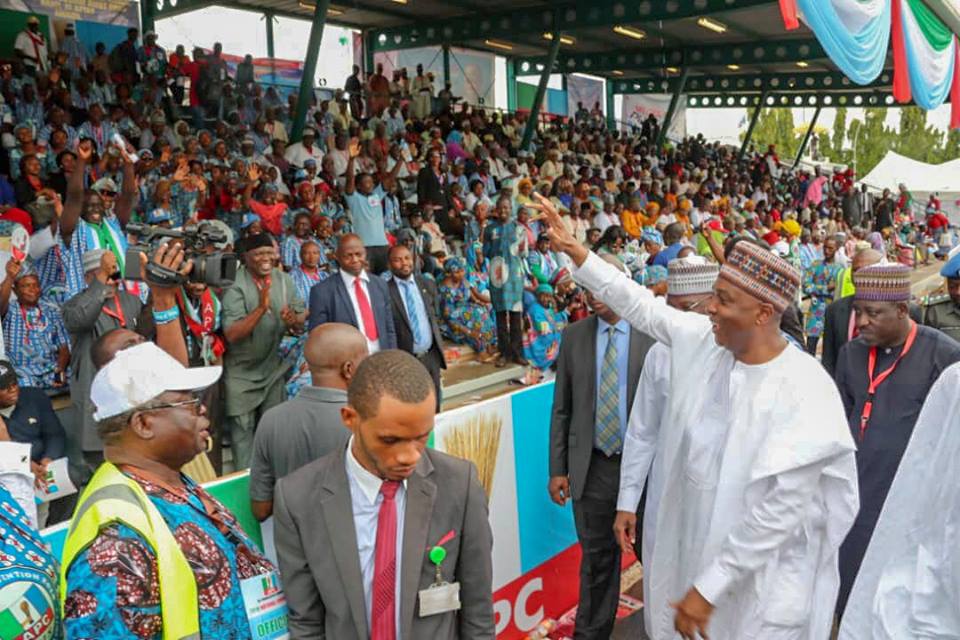 The President of the Senate, Dr. Bukola Saraki has called the new National Working Committee of All Progressives Congress led by Comrade Adams Oshiomole to unite the party ahead of 2019 general elections.

Saraki made this call on Sunday during his address at the closing of Two-Day National Convention of the party held at the Eagle Square, Abuja.

“As things stands now, can we win another election? of course we can, do we have challenges? yes we have but we should all come together to work as a team.

“Mr Chairman, I have worked with you for many years and I know what you are capable of doing, There are a lot of people that should be here but aren’t hence Mr chairman you have a lot of job in front of you so let’s get to work.