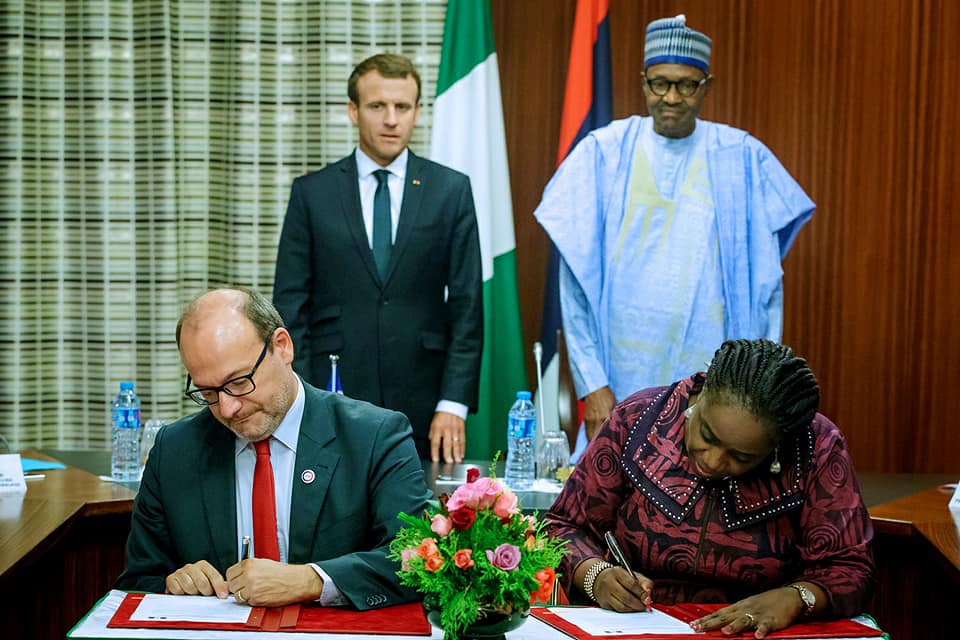 The French President, Mr Emmanuel Macron at a press conference on Tuesday after his meeting with President Muhammadu Buhari, expressed his country’s readiness to assist African countries to overcome their security challenges.

He, however, said France would not be the one to completely fix African problems.

Macron said: “I think the main plan is an African plan and France is not the one to solve or fix African situations.

“So, what we want to do is that we will intervene and make our presence in Africa and Sahel to fight against terrorism especially in Mali and in the region.

“We will stay as long as it is requested by our friends, especially Mali. We discussed yesterday (Monday) about this issue.

“But what is important to me is how the different African governments organise themselves to fight against terrorism and get rid of these people and especially Jihadism. That’s why I do promote the G5/Sahel Initiatives and I think as far as we are organised, Nigeria, Niger, Chad, and Cameroon is very important.”

Macron said it was important for countries to increase the pressure against Jihadists.

“We can fix the situation in the coming month and obviously France will remain present in Mali for as long as they want it.

“But when I look at the past months, we have increased our resource and delivered concrete results in the north and west Mali with positive outcomes,” he added.

Meanwhile, Nigeria and France during a bilateral meeting between the two leaders signed letter of intent of the equivalent of $200m is related to a potential loan by the French Development Agency to the Federal Government of Nigeria.

It was signed by the AFD’s Chief Executive Officer, Mr Remy Rioux, and the Nigerian Minister of Finance, Mrs Kemi Adeosun.