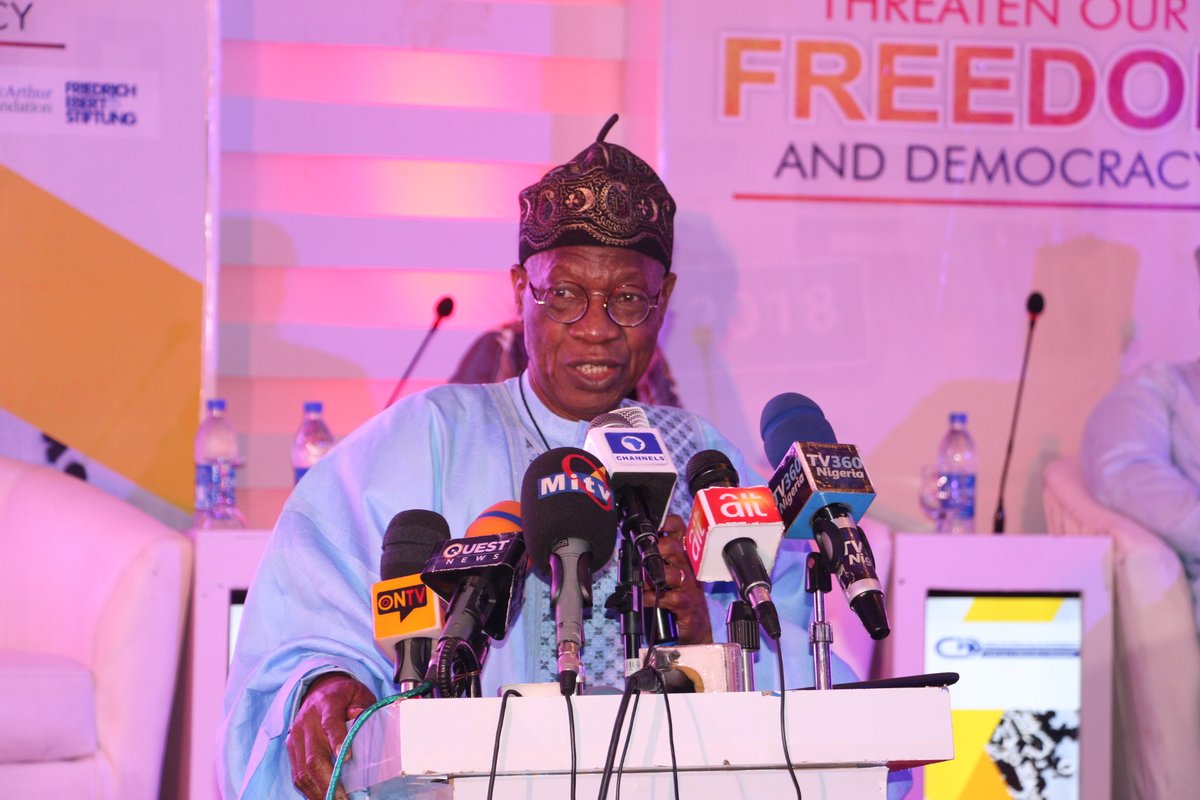 The Kwara State Government says the Minister for Information and Culture, Alhaji Lai Mohammed’s recent pronouncements on governance in Kwara State are at variance with the reality on the ground.

Kwara state government in a statement issued on Saturday by Senior Special Assistant on Media to Governor Ahmed, Dr. Muyideen Akorede to respond to the Minister statement containing unsupported claims about governance in the State contradicted the image of stagnation painted by Alhaji Mohammed.

Akorede maintained that the state has recorded commendable strides under Governor AbdulFatah Ahmed.

“Kwara State has made visible incremental progress in the years referred to by Alhaji Mohammed. For example, since 2003, under the administration of former Governor Bukola Saraki and as upscaled by the current administration of Alhaji Abdulfatah Ahmed, Kwara State has overcome its position as a civil service-driven state and is now a major frontier of growth in the north central region. The growth cuts across all sectors of our economy and includes successful reforms in health insurance, agriculture, energy, revenue generation, infrastructure development and funding which several states across the country continue to understudy and adopt. These reforms have the added distinction of earning Kwara State national and international acclaim in addition to vastly improving the lives of the people”.

“The minister also failed to clarify his claim that workers have been pauperized in Kwara State on account of salary arrears. Rather, the truth is that Kwara State is one of the few states in the country that are up to date in the payment of salaries to workers. If the Minister was abreast of developments in the state, he will know or at least acknowledge that only local government workers are owed by their individual councils due to the drop in their federation allocation.”
While maintaining that progress has also been made in road infrastructure despite existing gaps, including on federal roads like Ajase Ipo-Erin-Ile, the government stressed that in addition to major achievements on state roads, it is currently intervening on Sango to Oke-Ose federal road, and started work on Kishi-Kaiama Federal Road, before the federal government took over funding.
On the issue of bailouts from the federal government, the state government clarified that the only intervention received by Kwara State from the federal government in 2015 was deployed for salaries of state workers and infrastructure. It said other federal interventions which restructured state government loans and provided budget support due to shortfalls in federal allocation in 2016/2017 were utilised for recurrent expenditure such as salaries as appropriated.
Additionally, the State government stressed that the said bailouts were loans that it is already repaying to the federal government through direct deductions from federal allocation to the state.

On Paris Club refunds, the state government maintained that N5.6b was released to local government councils for the payment of salary arrears out the amount so far received by the state.
“The prolonged local government salary crises in the country is sensitive and emotive. We, therefore, urge the Minister to focus more on leveraging his position as federal minister to secure a solution to the problem if the welfare of the affected workers is so important to him rather than using their hardship for partisanship”.

“Alhaji Mohammed is also advised to adopt a more temperate tone with regard to sensitive issues in Kwara State such as the tragic Offa Robbery which took the lives of 33 innocent civilians and policemen. He should join the state government and the Offa community in supporting ongoing efforts to prevent a recurrence, in tangible ways, rather than acting in a manner that heats up the polity”.