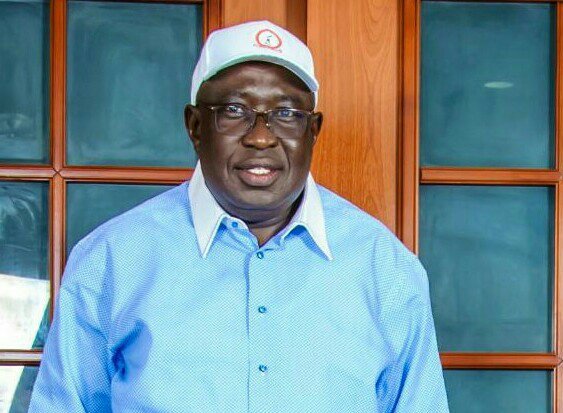 His name is on the lip of every Kwaran! Moshood Mustapha, a well groomed perfect gentleman whose alluring persona radiates a bold, composed and calculating ambience, is a Newsmaker and Star player in Kwara politics.

MM, as he is fondly called by friends and associates, is a man who pays great attention to details and does not leave any task undone. His honesty and uprightness are his strongest selling point and this has earned him the love and admiration of his political disciples.

The Isale-Aluko born politician made inroads into the murky waters of politics in 2002 and since then, he has been swimming with the sharks.

MM’s striking attributes are his greatest survival strategies and this has consolidated his relevance in Kwara political milieu.

The political stalwart has some unique acquired and in-built skills which has placed him on high pedestal in Kwara politics.

As a politician, MM’s ability to network well with people across all strata of the social ladder is an added advantage to his political career; reason being that “the calibre of people you relate with will determine how far you will go in life.”

Asides that, MM is widely travelled and over the years, he has carved a niche for himself both nationally and internationally. MM’s penchant for international travels has availed him the opportunity to meet with a lot of Kwarans in diaspora who are authorities in their fields of endeavour and this is certainly an added advantage to his political career.

MM’s ability to galvanize support across all political divide is an attribute that will come handy in his much publicized gubernatorial ambition. Also, his courage, assertiveness, political experience, versatility, and liberal-mindedness will stand him out amongst other gubernatorial aspirants because it is widely believed that only someone with such attributes can move Kwara to greater heights.

The hallmark of MM’s gubernatorial ambition is to foster inclusive economic growth where everyone will reap the dividends of democracy.

MM, being a man who has the interest of the youths at heart, will make youths the centerpiece of his administration if he is elected as the governor of Kwara State in 2019.

Also, women and children will not be left out in his administration because he has over the years demonstrated his love for them through his philanthropic gestures towards them.

MM’s experience as a one-time Special Adviser to the Governor on Local Government and Chieftaincy Matters will come to play if he is elected as the governor of Kwara state because he is versatile on the politics of the traditional institution.

In addition, MM is a renown political strategist, therefore, the political class in Kwara state will benefit immensely from his administration because he will carry them along all step of the way.

Charity they say begins at home; the unwavering love and support MM gets from his home-base is overwhelming. But that is not to say he does not have foes; far from it! But the good thing is that his supporters outnumber his foes and that is something to be thankful for.

Furthermore, MM’s ability to develop a master plan that would change the entire outlook of Kwara state is hinged on his experience as a one-time commissioner for Lands and Housing. MM’s knowledge on rural-urban development cannot be overemphasized, and this knowledge will be instrumental in making important decisions bordering on the physical development of the state.

MM’s striking attributes, as outlined above, is a pointer to his ability to effectively pilot the affairs of Kwara state if he is elected as the Executive Governor of the state in 2019.

“The pathway to securing a good future for our children is by having the right people at the helm of affairs not only in Kwara state but Nigeria at large.”