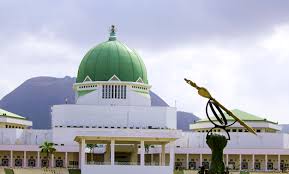 The Joint Committee of the Senate and House of Assembly on Electoral Matters on Tuesday passed the fourth version of the Electoral Act Amendment Bill.

Chairman of the Committee, Senator Suleiman Nazif, explained that the third Electoral Act Amendment Bill which was sent to President Buhari for assent was intended to be an addendum to the second Amendment Bill earlier sent which contained the clause on the use of card readers.

Senator Nazif dismissed insinuations that the committee removed the clause in the Bill specifying the use of card readers in elections.

President Buhari had declined assent to the Electoral Act Amendment Bill three times over the re-ordering of the sequence of elections.

He also stated that the amendment to section 138 of the Principal Act to delete two crucial grounds upon which an election may be challenged by candidates unduly limits the right of candidates to a free and fair electoral review process.

Further, he stated that the amendment to section 152 (325) of the Principal Act may raise constitutional issues over the competence of the National Assembly to legislate over local government elections.

But Senator Nazif says the committee has now merged the second and third bills into a fourth Electoral Act Amendment Bill which includes the use of card readers.

According to him, the new bill has addressed the concerns raised by the President.