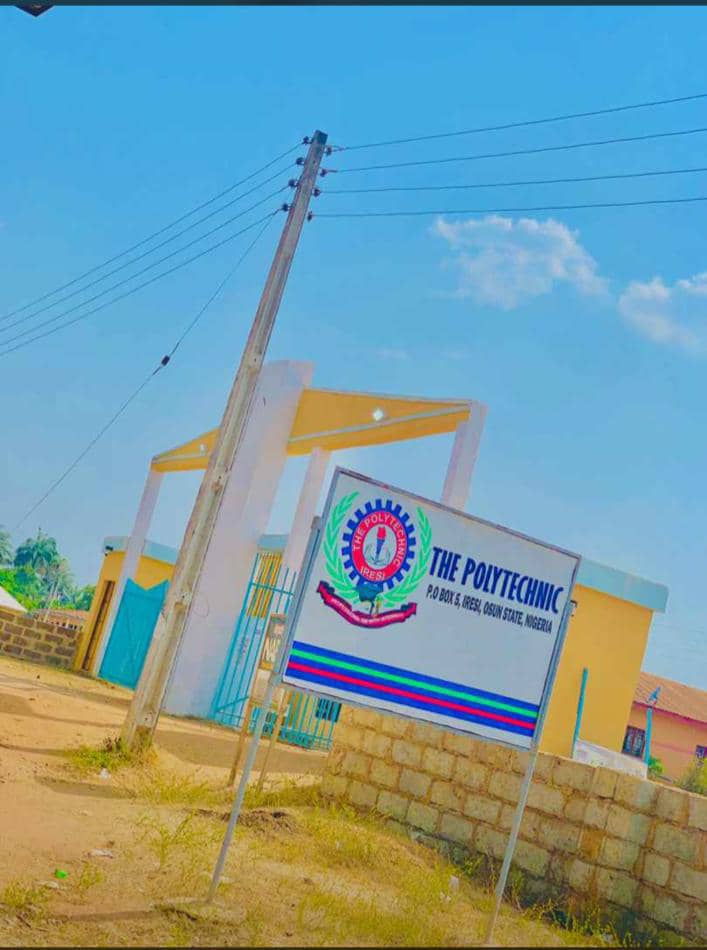 The National Board for Technical Education (NBTE) has given the all-clear to all the programmes (courses) presented to it for accreditation by The Polytechnic Iresi (TPI), Osun State.
The evening of Tuesday 23rd February, 2021 was without doubt one of the happiest days not only to the council members, staff and students of TPI but also to the community at large as the NBTE fully accredited the Polytechnic to offer all its courses presented for accreditation. The accreditation exercise which started on Monday 22nd and ended on 23rd February, 2021 was indeed a great milestone and massive triumph to the institution.

During the presentation of the accreditation report to the institution, the Acting Executive Secretary of NBTE Mallam Abbati Muhammad ably represented by Engr. Ademola Isaac Olorunfemi who unequivocally noted that The Polytechnic Iresi is endowed with experienced, competent and group of polymath lecturers as well as modern facilities which gives the Polytechnic immense opportunity to compete with other high-profiled Polytechnics in the country such as Yaba College of Technology.

Engr. Olorunfemi also affirmed that some federal Polytechnics in the country lack most of what were put in place by TPI in their various laboratories and workshops.

The Acting Rector of the Polytechnic, Engr. (Dr.) Taofeek Adekunle Abdul-Hameed reacting to the approval of all the programmes presented to NBTE, described the accreditation success as a remarkable achievement on the part of all the stakeholders and the community as a whole. Dr. Abdul-Hameed addressing the NBTE representatives promised to ensure that the Polytechnic will sustain its impartation of good standard in order to make the institution more successful in its future exertion.
In his welcome address on the arrival of the NBTE visitation team, the Ag. Rector explicitly said that “It is noteworthy to state that most of the infrastructural facilities on this Campus were donated by private individuals. The enthusiasm and the zeal for the development of this Institution from the Iresi Community is unquantifiable.” The Rector therefore commended the selfless efforts of NBTE, The Polytechnic Governing Council, members of staff and all the community for their unflinching support towards making the Polytechnic an enviable fortress of learning among its peers.
The Acting Registrar of the Polytechnic, Mr. Sanni Lasisi Omotayo, in an interview also expressed his profound gratitude to God Almighty and all the staff of the institution for their diligence and hard work towards achieving the accreditation milestone.
In his remark, The Registrar commended the outstanding qualities and sacrifices of the former Governing Council Chairman of the Polytechnic, Professor Samuel Olusegun Ayodele and that of the present Chairman, Professor O. A. Ajayi. Mr. Sanni also shower encomiums to the Oluresi of Iresi land, Oba Sikiru Adeseun Ibiloye Odunmirin II. Ibiloye and the Iresi Community at large for their immense contribution towards achieving the accreditation triumph.

Salaudeen A. I. is a lecturer in The Polytechnic Iresi and the Institution’s Director of Social.