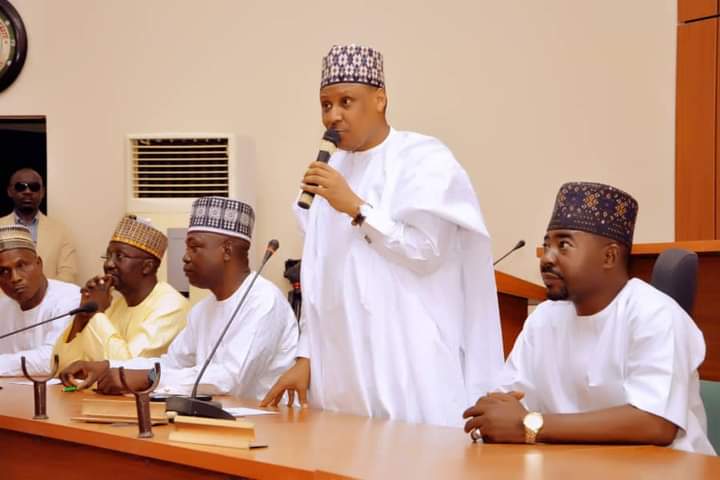 241 APC Councillors and ward leaders in Niger state have endorsed Blueprint Newspapers publisher and frontline gubernatorial aspirant, Alhaji Mohammed Idris Malagi for the next governor of the state.

The councillors under the umbrella of the Forum of Councillors of Niger state the endorsement of Malagi is based on his overwhelming acceptance by the rural dwellers and his proper understanding of the problems of the state.

The motion for the endorsement of the Kaakaki Nupe was moved by the Chairman of the forum and House Lrader/ Speaker of Lapai Local Government Council, Honourable Usman Musa Usman and seconded by Honourable Jibrin Adamu.

In moving the motion , Honourable Usman explained that the governorship aspirant has shown Nigerlites beyond reasonable doubt that he has the capacity to govern the state.

He said, “the aspirant is well known to us at the grassroot level even before he indicated interest to govern the state. He has in one way or the other touched the lives of our people who we represent at the Councils Chambers. We have the mandate of majority of our electorates to endorse Malagi as the Governor of Niger State in 2023. Therefore I so move”.

Responding, Alhaji Mohammed Idris Malagi appreciated the local government lawmakers for the confidence repossed in him promising to ensure good governance in the state if elected as governor.

He also promised to look into the books of entitlements due to the councillors but yet to be paid.

According to him, “I sincerely appreciate this support from you as grassroot mobilizers. I want to assure you that all issues will be addressed adequately if elected governor in 2023. As governor I will sit with you and bring out the books towards addressing issues of outstanding allowances.
Malagi urged the council legislators to dedicate more energy to the success of the Malagi Governorship Project, adding , ” it is your project, take it to the grassroot and ensure that the succeed to become the next governor of Niger state “.
“I want you to work with me to be party flag bearer at the primaries and wining the general elections in 2023.”