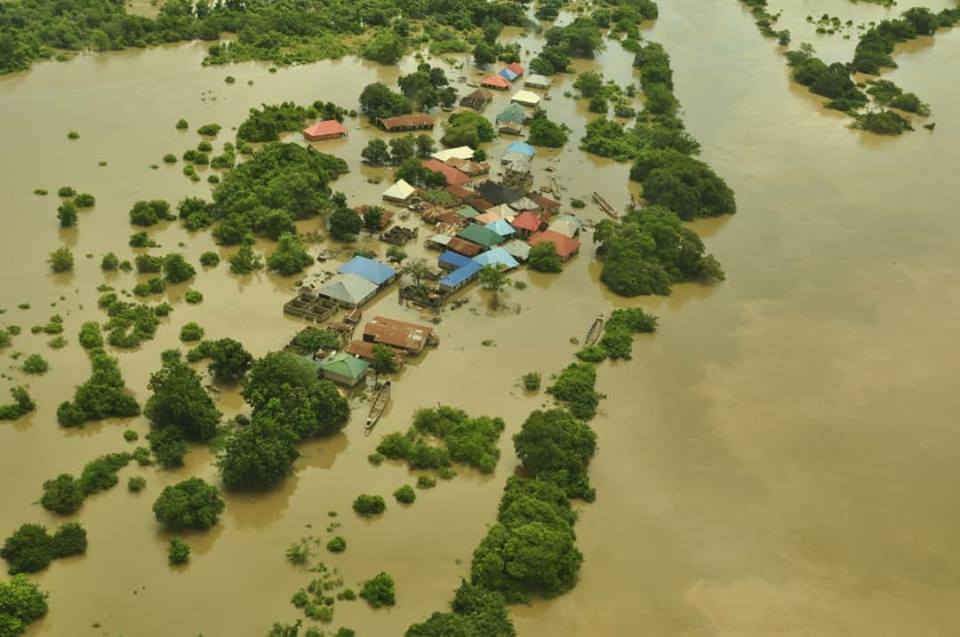 Niger Governor, Alhaji Abubakar Sani-Bello has said that over 100 communities in Mokwa, Lavun, Edati, Katcha, Agaie and Lapai Local Government Areas of the state have been sacked and submerged by flood from the tributaries of Rivers Niger and Kaduna.

The governor revealed this in Muye, Lapai Local Government Area shortly after conducting an aerial view of affected communities.

Governor Sani-Bello said the situation has gone beyond the capacity of the state and called for federal government intervention.

His words: “What I saw today is very devastating, on a rough estimate more than a 100 communities have been submerged in water and it doesn’t appear that water is receding.That we have not seen the end of it, is very disturbing. The situation is definitely getting out of hand and it is beyond what the state can do”.

He stated that the state government on its own part would ensure the provision of the relief materials and the relocation of the victims from the area.

“This flood starts all the way from Kede, towards Muregi and to down to Muye along the river bank. So definitely at this point we will have to seek for the support of the federal Government and that is exactly what we are going to do.

me point but now we have to take care of their immediate needs with regards to food and drugs.”
The Governor had earlier directed release of N60 Million for provision of relief materials.

According to the governor, “the situation is a tough one because we have experienced this before, we have tried to convince the communities to move out of water ways but some how it has been extremely difficult. They see these places as their ancestral homes but we have to continue to communicate with them on the dangers they put themselves into. The lasting solution will be to relocate them.What we will do for now is to provide maximum support to them.”