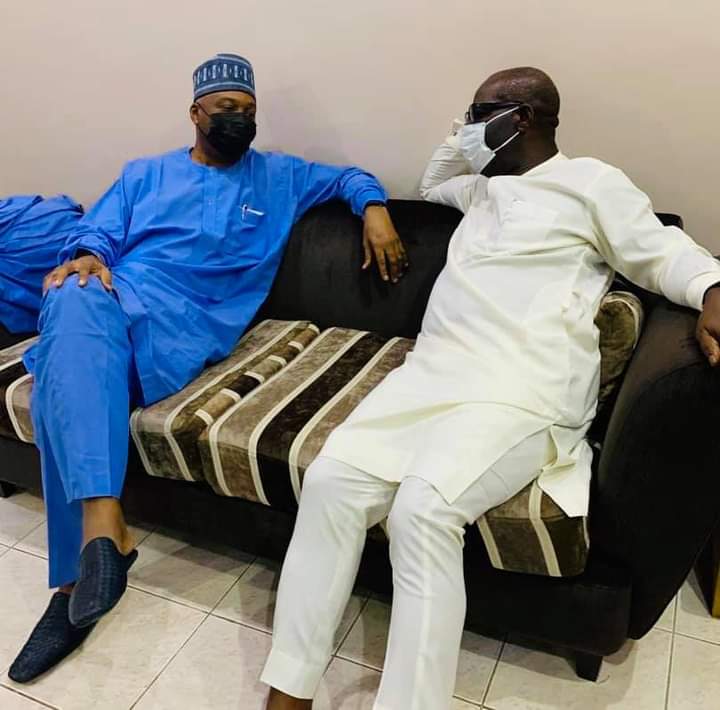 Obaseki paid homage to Saraki in Abuja on the sideline of the Peoples Democratic Party (PDP)  National Executive Council meeting.

Saraki announced the meeting via a post on his social media page.

The former Kwara governor writes: ‘:A little while ago, it was a pleasure to receive my brother, Governor Godwin Obaseki, who came to thank us for our support during the last Edo State gubernatorial election.

”As he begins his 2nd term, I am confident that he will continue the great work that he has started for his people.”

Meanwhile, Governor Godwin Obaseki has restated his commitment and loyalty to PDP amidst political realignment ahead of 2023 general election.