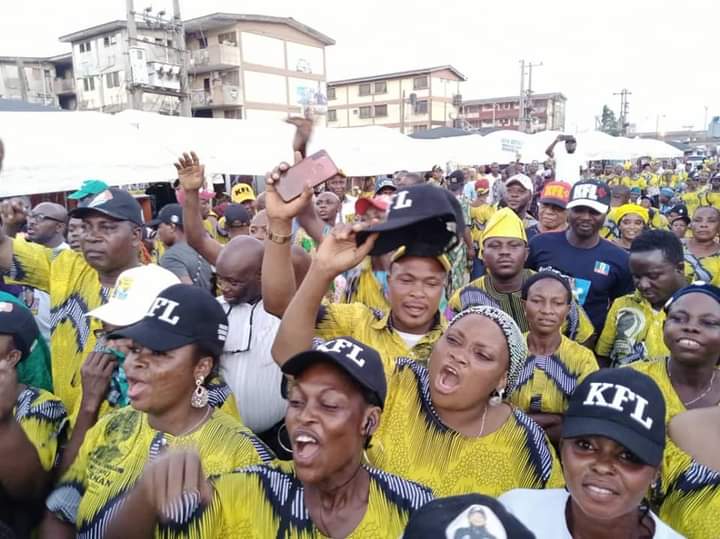 …Describes Her As The Pearl Of Our Time

As the All Progresssives Congress, APC, holds its Local Council Chairmanship Primaries around Lagos on May 29th, 2021, Youths of Ojodu Local Council Development Area have drummed and rallied around Alhaja Kafayat Funmilayo Layeni, KFL, to hoist the Party’s flag for the election, by emerging winner of the Primaries.

The Youths under the aegis of Sogunro Youth Association, SOYA, described KFL as a tested and trusted aspirant who has shown exemplary leadership skills and Motherly role in addressing issues.

President of SOYA, Kehinde Oyebanji, said that KFL has over the years been patriotic, selfless, relentless, determined and poised in bringing the needed growth and development to the LCDA in all aspects.

“KFL’s political sagacity, experience and Grassroot impactment is equal to none, as she is determined to take Ojodu LCDA to greater heights.

“The impact and legacy she laid down when she served as the Special Adviser on health and presently, in charge of the LCDA’s department of Women Affairs and Poverty Alleviation, (WAPA), has been worthwhile, giving her edge among her contemporaries”, Oyebanji noted.

KFL’S cardinal plans towards improvement of health, education, youth development and security will position Ojodu as a smart city in the Lagos Megacity project, and make it an haven of developmental strides.