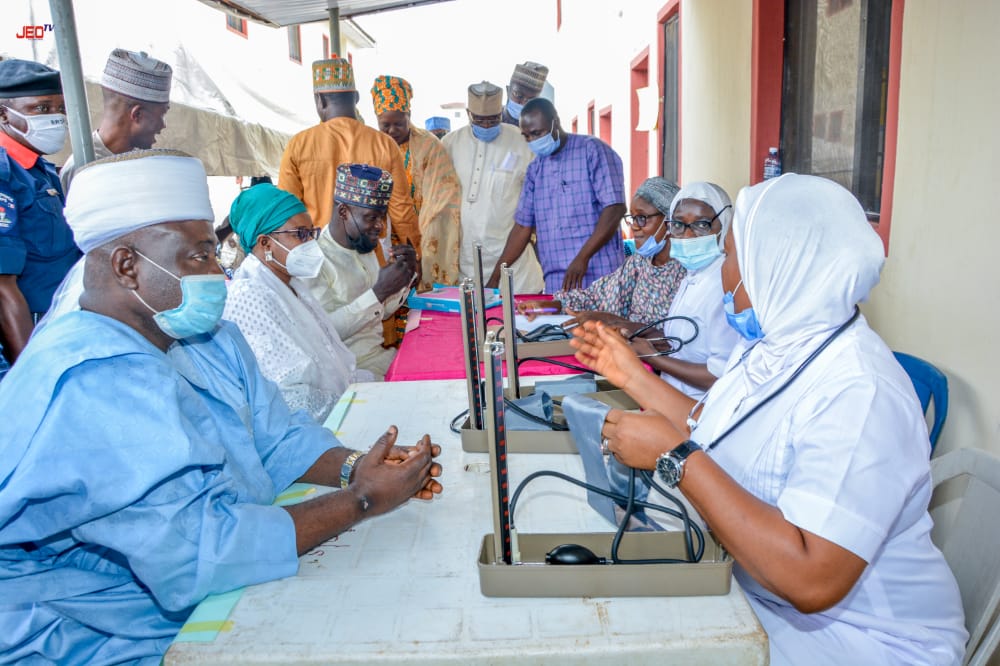 No fewer than 1600 residents of Kwara Central Senatorial district are being targeted to benefit medical outreach facilitated by Senator Ibrahim Yahaya Oloriegbe.

The medical mission, captured under 2021 Capital Project, was flagged off on Monday in Ilorin West, Ilorin East, Ilorin South and Asa local government areas that formed the senatorial district.

The intervention was organized in conjunction with the Pharmacists Council of Nigeria (PCN).

Engr Ajani Olanrewaju, who spoke on behalf of Senator Oloriegbe at the event, said the exercise was in furtherance of the effort to bring quality healthcare delivery to the people at the grassroot.

He stated that Oloriegbe was concerned about the advancement of the cause of the people of Kwara Central, hence the facilitation of the healthcare in collaboration with the Pharmacists Council of Nigeria.

According to the Legislative Aide to the legislator, Mrs Hafsat Abdulraheem, the exercise, which commenced from Magaji Are Primary Health Centre, Ilorin East local government area, was to last for four days.

She said the medical outreach would be replicated across the four local government areas of the senatorial district to avoid concentration in one location.

The Coordinator of the Medical Outreach, Dr Mubarak Jimoh, said the mission was targeted at 400 people per centre and noted that the turnout was overwhelming.

He urged the beneficiaries to be more conscious of their health and utilize the opportunity of free medical mission whenever it is available.

Some of the beneficiaries at the flag off ceremony commended the intervention of the legislator and admonished him to consolidate on the feat recorded in the National Assembly. 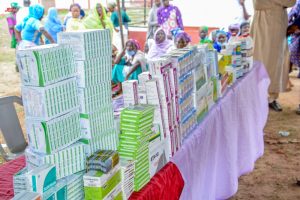 In a related development, the wife of the Senator, Hajia Maimunat Oloriegbe, also facilitated the distribution of maternal and newborn commodities to pregnant women and nursing mothers in the district.

The distribution, which was done under 2021 Capital Project and in collaboration with Pharmacists Council of Nigeria took place at Okelele Primary Health Centre, Ilorin East Local Government Area of the state.

Prior to the distribution, nurses had been trained on how to handle the equipment