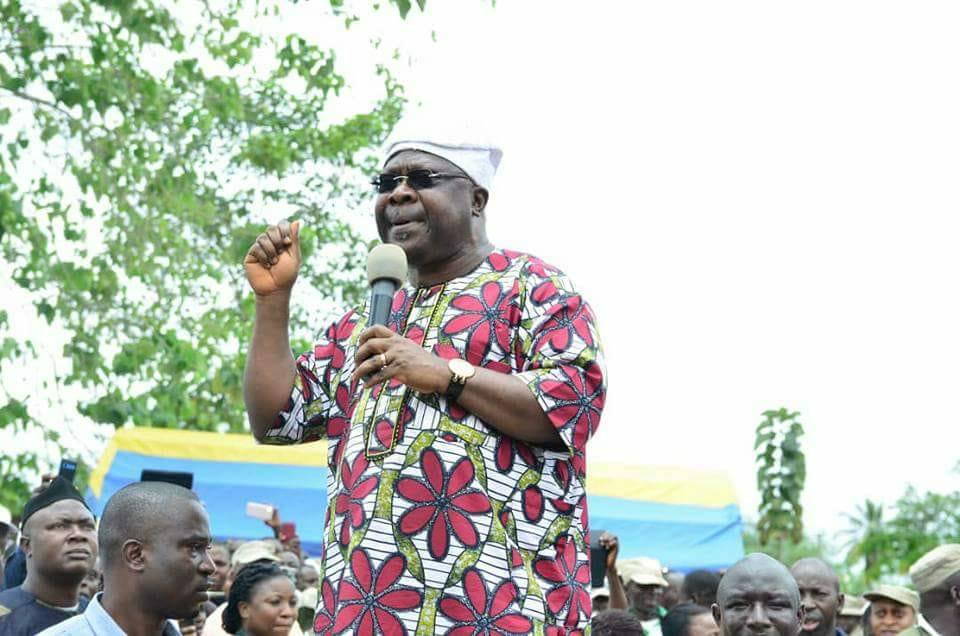 The Social Democratic Party (SDP) and its candidate in the Osun State governorship election, Senator Iyiola Omisore, have explained why they rejected the offer by the Peoples Democratic Party (PDP) to join forces with in Thursday’s rerun election.

In various communiques issued after meetings of leaders in each zone of the state including Iwo, Ijesa land, Ikirun and Ile-Ife, Omisore and the SDP said the leaders of the PDP and their governorship candidate, Senator Ademola Adeleke were “not trustworthy, reliable and dependable in their past dealings’ with them. They described the APC candidate, Oyetola, as a far better candidate than Adeleke.

The communiques were signed by virtually all the leaders in the zones.

The SDP leaders stated that Senator Adeleke, with the collaboration of the National Chairman of the PDP, Prince Uche Secondus, “masterminded the conduct of another congress which rubbished the earlier congress already approved by the PDP National Executive Committee (NEC) which favoured Omisore.

They accused Adeleke of betrayals, citing what they alleged was his initial agreement not to contest the governorship election when he approached Omisore for his senatorial ambition.

They also accused Adeleke of reneging on an agreement to have at least one legislative assistant “selected through each of the aspirants that stood down for him.

They alleged that Adeleke failed to respect the agreement to compensate Dr Akin Ogunbiyi with the deputy governorship slot, even when the election was at sight.”

The SDP leaders expressed fears that the PDP governorship candidate would most likely be prosecuted for ‘aiding and abetting’ before he is sworn in or even be impeached for frivolous reasons by the House of Assembly shortly after his swearing-in.

The SDP also stated that the control of the Federal Government by the APC was as an advantage, stressing that the PDP is the “architect of the present predicament.” They posited that joining forces with the party can spell doom for the SDP.

They also stated that numerous leaders within the PDP will impede the proper functioning of the party. They also posited that they would enjoy more possible positions and privileges in the APC government than in a PDP government.

“The APC is a more reliable party than the PDP. For instance, the APC promised Isiaka Adeleke the senatorial ticket of Osun West and it was honoured unlike the promise made by the PDP to Dr Ogunbiyi which it reneged on.”

They added: “Because of the fact that we want the best for our people in Osun State, we see Oyetola as a more capable and qualified candidate.”