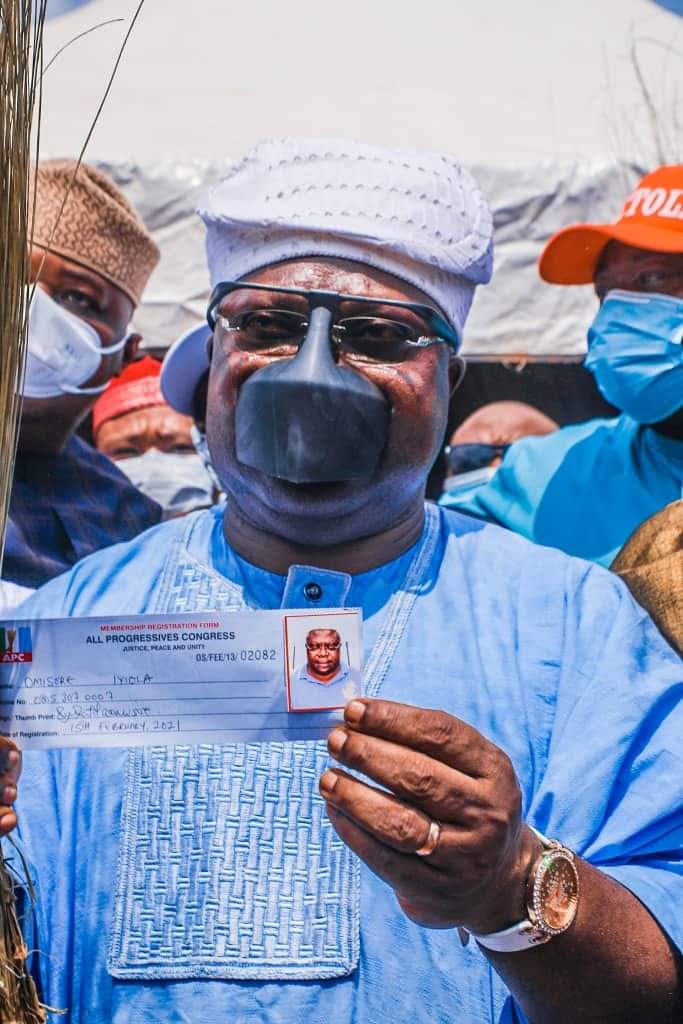 The two-term Senator who represented Osun East Senatorial District from 2003 to 2011 registered at his polling unit in Ile-Ife amidst cheers from Osun Deputy Governor, Mr Benedict and other party leader.

Omisore’s decision to formally join APC is coming after two years of aligning with the party to ensure victory of Gboyega Oyetola during Osun 2018 rerun election.

Recall that PDP candidate, Senator Ademola Adeleke was leading before the returning officer declared rerun election in some polling units across three local government areas including Ife South, the stronghold of Omisore.

Our correspondent reports that the Ife born who had aspired to be Osun State Governor twice (2014 and 2018) has been working with Oyetola and APC government at the national level.