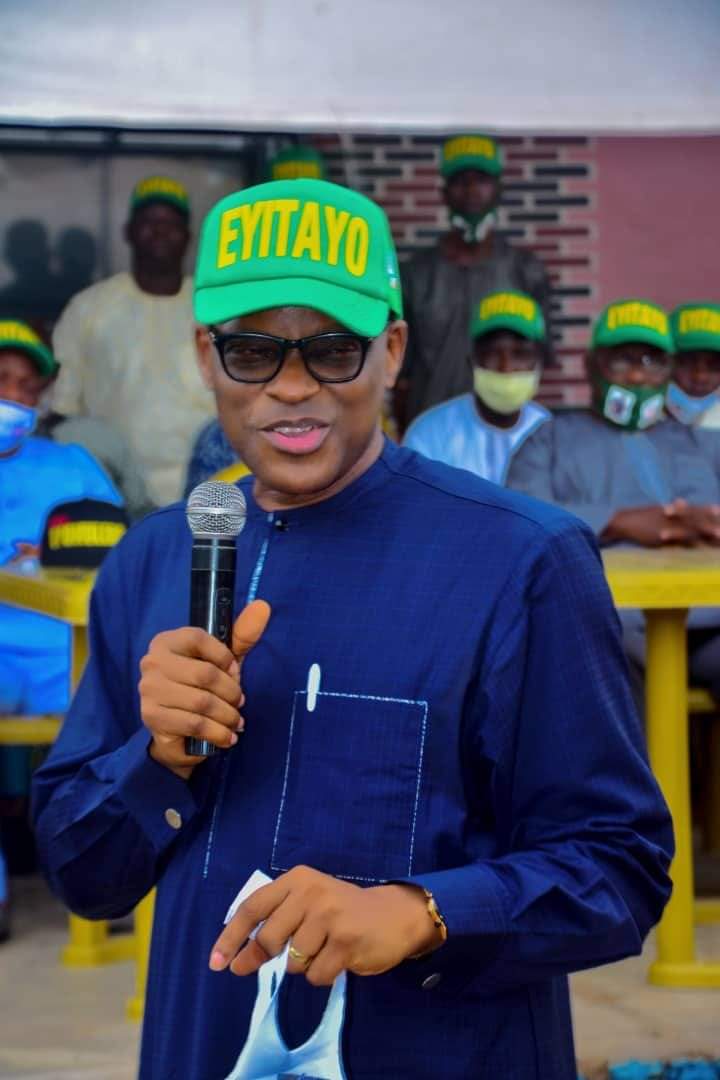 The Peoples Democratic Party governorship candidate for Ondo 2020 election, Mr. Eyitayo Jegede (SAN), has promised to fix the long-abandoned Ipesi-Idogun-Idoani Road, which has cut off many rural communities in Akokoland.

He made the promise on Tuesday in Ipesi, during his campaign tour of communities in Akoko North-East and Skoko South-West Local Government Areas.

He expressed concern over the deplorable condition of the road, especially the collapse of a critical bridge along the road, which has left no fewer than eight communities marooned.

“I was just being told that about four years ago, they promised to construct the Ipedi-Idogun-Idoani Road, but today, nothing has been done.

“But I am here to assure you that if you vote in the PDP, we will fix the road and by it, bring relief to our people here.

“Besides, we will assist our rural farmers with mechanised farming and provision of farm inputs.

“This will also come along with the granting of soft loans to our artisans and petty traders, to raise their standard of living,” he vowed.

The governorship candidate also reiterated his assurance that once he is elected governor, he would bring down the exorbitant tuition and school fees introduced by the All Progressives Congress (APC) administration.

He said the free medical services for pregnant women, nursing mothers and elderly citizens which the APC administration cancelled, would be restored under a PDP government.

Jegede, however, charged prospective voters to dismiss a rumour making the rounds that their votes would not count on October 10.

“I want you to come out end masse on election day and vote. Do not listen to those who are saying your votes would be stolen.

“Nobody can steal your votes. When you vote, wait and stand by it,” he admonished.

Speaking earlier, the PDP chairman for Akoko North-East, Chief Ibukun Coker, said the APC administration had consistently deceived the people of the area with provision of elusive social amenities.

“One of such failed promises is the promise to construct the Ipesi-Odoani-Idogun Road, made about for years ago,” Coker recalled.

At the palace of Princess Adetola Amodeni, Regent of Ipesi community, the Olusalu of Isalu, High Chief Olukorede Esho, led other traditional rulers to pray for the success of Jegede at the coming poll.