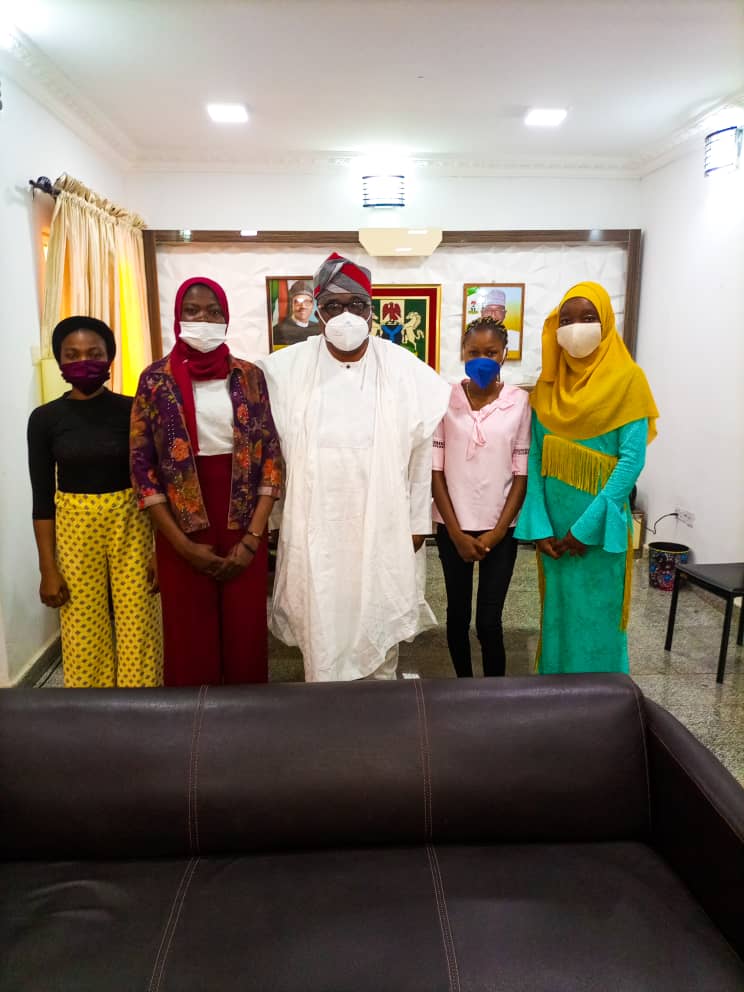 The CONs Senate President and other members of the congress in Ilorin study centre were warmly received the Deputy Governor.

Mr Kayode Alabi in his address commended the women only delegation for their passion in Leadership and governance also listen attentively to the remarks of the students.

In her remarks, Sen Rukayat Shittu commended the high performance of the present administration in Kwara State on education.

She also acknowledged the meritorious efforts of the state government in ensuring quality education, citing the massive renovation of 37 schools and the ongoing plan to build about 600 schools in the next two years as positive development.

Rukayat also gave kudos to the state government for the transparency in the ongoing recruitment of SUBEB and TESCOM teachers in the state, aswell as on the recent payment of teachers arrears that has accrued since 2017.

Furthermore, Rukayat also solicited for His Excellency Intervention on the matter of bursary for the indigenous students at NOUN Ilorin and Offa Study Centres.

In his response, the Deputy Governor, Mr Kayode Alabi pledged government full support towards NOUN and he referred the delegation to meet with the Permanent Secretary of Ministry of Tertiary Education, Science And Technology (MOTEST) for further deliberation.

In a seperate meeting with the Permanent Secretary of Ministry of Tertiary Education, Hajia Hafsat AbdulRahman, CONs Senate president laid down the request of the students in line with their discussion with the Deputy Governor and she solicited for more recognition and support from the Kwara State Government.

In her reaction, the Perm Sec, Hajia Hafsat AbdulRahman assured them of Government total support, adding that she would follow up with their conversation.