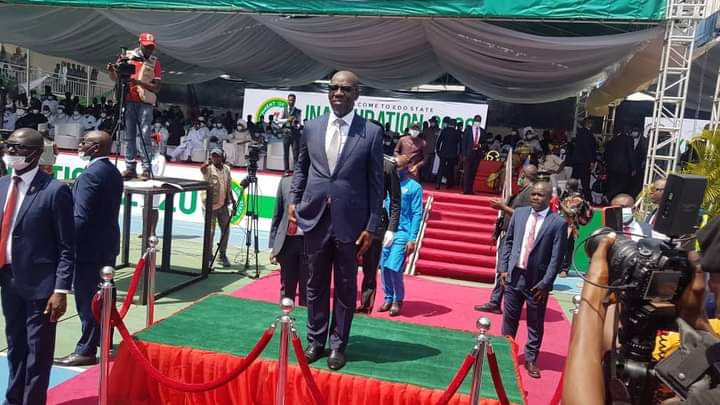 Obaseki was inaugurated alongside his deputy, Hon Philip Shaibu for another four years term.

President Yemi Osinbajo was represented by the Senior Special Assistant to the President on Niger Delta Affairs.

Recall that Edo State Governor won September 17 governorship election on the platform of the Peoples Democratic Party (PDP). He took oath of office as governor for the second term in office at the Tennis Court of the Samuel Ogbemudia Stadium, Benin City.