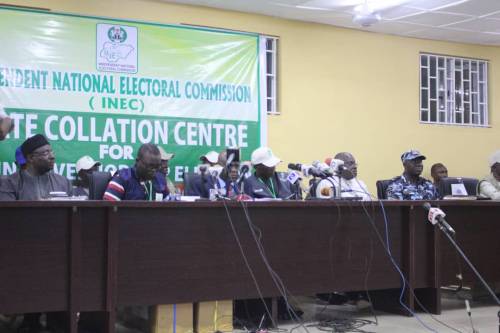 The Returning Officer for the election, Joseph Fuwape made this announcement on Sunday at the INEC headquarters in Osogbo.

At the end of the collation of votes, the PDP candidate, Isiaka Adeleke, won majority votes of about 254,698 votes while Gboyega Oyetola of the APC came a close second with 254,345 votes. Both leading candidates had a difference of about 354 votes.

“Unfortunately as the returning officer, it’s not possible to declare anybody as the clear winner of the election on the first ballot,” Mr Fuwape said.