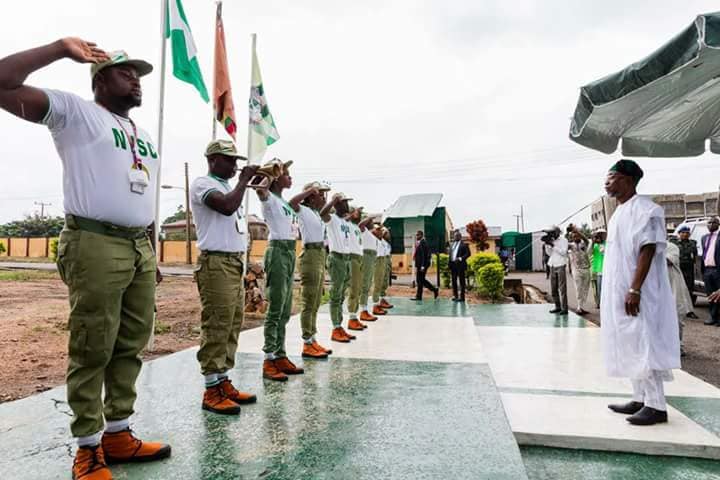 Governor of state of Osun, Ogbeni Rauf Aregbesola  on Monday advised corps members in the state to resist being used for rigging by politicians, in the September 22 gubernatorial election.

Aregbesola gave the advice at the closing /terminal parade of the orientation course for the 2018 Batch B Stream II corps members, at the National Youth Service Corps (NYSC) permanent orientation camp in Ede, Osun.

The governor, who was represented on the occasion by Mrs Folakemi Adegboyega, Commissioner for Employment and Youth Engagement, said it was necessary to continue to admonish the corps members, especially those who would be engaged as ad-hoc staff for the election.

Aregbesola advised them to be neutral and should not betray the trust reposed in them.

“You all have been rightly informed during the swearing-in ceremony of your role in the forthcoming election in the state.

“Ensure to abide by the advice which came to you through seasoned officers of the scheme and its collaborating agencies, when you are called upon for participation in the election process in the course of your service year.

“Shun violence and corruption, ensure that the votes of every citizens at the polling units counts and do not allow yourselves to be used by anyone to perpetuate rigging during the process.

“Remember your family, the scheme, and the nation at large are looking up to you; and so, do not let the trust reposed in you by these people be at naught,” he said.

Mr Emmanuel Attah, State Coordinator of the NYSC in Osun, in his own address, assured the people of the state and Nigerians that the scheme would continue to play its neutral role in the Nigeria electoral process.

Attah said the scheme had given credibility to past elections in the country and it intended to maintain it.

He, however, warned that the NYSC would not take it lightly with any individual or group of persons who attempt to intimidate or harm any corps member (s) in the name of political thuggery.

Attah advised politicians to stay away and not induce the corps members, adding that they were well-trained and sensitised not to listen or take anything from them under any guise.