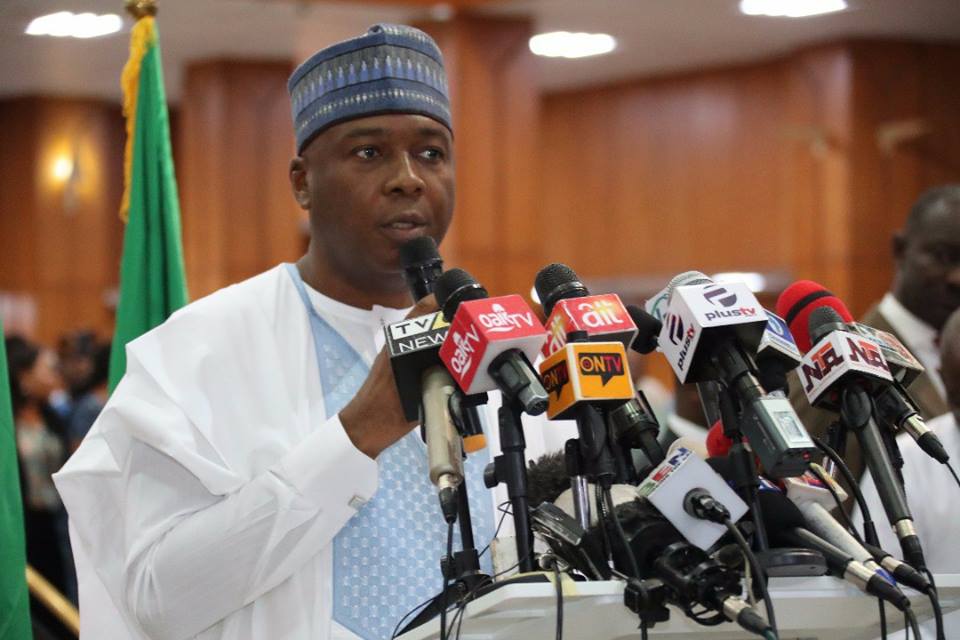 The Peoples Democratic Party has appointed the President of the Senate, Senator Bukola Saraki, as the Chairman of the 85-member campaign council for the September 22 Osun State governorship election.

The party also described the All Progressives Congress as a haven for corrupt people.

Saraki, in his remarks, asked Buhari to stand on the commitment he made recently to two world leaders who visited the country that he would conduct a free, fair and credible election and use Osun as an example.

Saraki said aside from the popularity of the PDP candidate in Osun State, the people were yearning for change to return their state to the PDP.

“We must win Osun to prove that Osun is the home ground of the PDP.

“The APC is already no more popular in Osun. I hope that President Muhammad Buhari will live up to his promise to world leaders that elections will be free and fair in Nigeria.”

Saraki called on the leadership of the PDP to capitalise on the disunity in the APC to win the election.