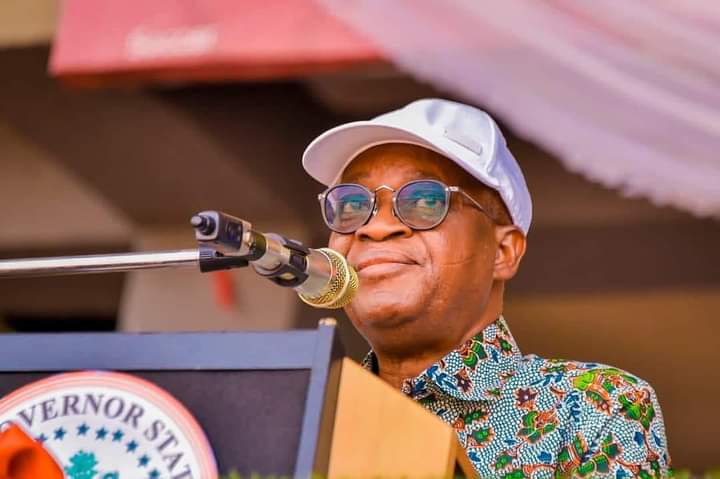 Comrade Adebowale disclosed this on Thursday during a chat with NGIJ members on Governance Assessment in Osun State.

He also applauded the Governor’s disposition towards workers formal and informal sector, noting that Oyetola is an excellent administrator.

He emphasized that the Governor has maintained a cordial relationship with the workers and artisans.

His words: ” Promotions and payments of workers entitlement are on top priority of the Governor. There is no reason for the labour movement to be angry with a Governor who has implemented their promotion from 2019 to 2021.”

He however appealed to the Governor to focus more on the aspect of training and retraining of workers to update them on recent discoveries in their chosen careers in both local and international level, improvement of working environment as well as provision of official vehicles to enhance their mobility.

Similarly, the Chairman of the Osun State House of Assembly Service Commission Hon. Abiodun Akinwale Awolola commended the Governor Gboyega Oyetola led administration for delivering his campaign promises to the people of the state.

Awolola  said the modest achievements of the governor have earned him a second term, insisting that any attempt for the state to decide otherwise would be suicidal to the future of Osun

According to him, We are satisfied with what God has made Oyetola achieved within the three and a half years in the saddle.Governor Oyetola has never owed workers’ salaries for one day since his assumption of office, likewise he has ensures that the gratuities of pensioners are paid as at when due.

Also in the health sector, Awolola said the governor has had made tremendous impacts where he has constructed / rehabilitated health centers across all the 332 wards in the state, a first of its kind in the history of governance in Osun state to ensure that basic healthcare is easily accessible to the the people.

“The Governor has convinced us beyond reasonable doubt and done so much beyond expectations. I am appealing to all residents of Osun to support him wholeheartedly because he deserves to be re-elected,” he said.

Awolola added that Governor Oyetola has continously made education free in the state, saying that the students in all public schools have continued to enjoy   Free Feeding Programme of the government.
On sustainable agricultural policy, the Chairman of the Osun house of assembly Civil Service Commission said, the Governor has established eight Farm settlements across the state. The idea is that any citizens of the state who is interested in farming can go and get the allocation, with free seedling and other incentives.
He maintained that Osun State has been enjoying relative peace, the initiative that was traced to the Youth employment scheme of the Governor.

According to him, “Governor has employed more than 10 thousand youths and there is ongoing recruitment process to engage 20,000 youths and women in the state.
NGIJ team also engaged the Chairman OSHA Service Commission in a Focus Group Discussion forum, in attendance are the Honorable members of Executive of the Commission, Hon. Tomilayo Israel Aloba, Alhaju Kareem Afolabi, Hon. Lekan Omidara and Hon. Sunkanmi Agboola.