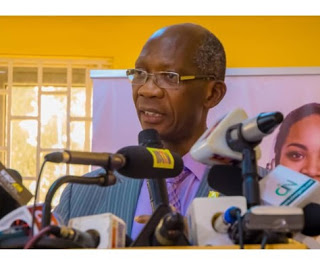 The Independent National Electoral Commission (INEC) has raised alarm over the arrest of some journalists and observers covering ongoing governorship rerun in Osun state.

INEC in a statement issued on its twitter handle @INECNigeria around 10:23am says “INEC is disturbed  about reports that accredited media and observers are being arrested or prevented from operating in some polling units. This is being taken up with security agencies.” 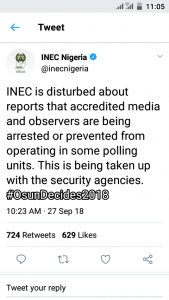 FactualTimes gathered that an accredited observer, Rukayat Amodu was arrested by Policemen on her way to monitor the election in Orolu local government area.

Our correspendent reports that the Police later released her after some minutes.

Eyewitness said the observer was prevented from monitoring the exercise, as she has being directed to return to Osogbo, the state capital.