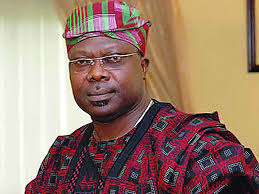 The governorship candidate of the Social Democratic Party, Senator Iyiola Omisore, on Wednesday said he had agreed to work for the ruling All Progressives Congress in Thursday’s rerun of the Osun State governorship election.

The candidate of the Peoples Democratic Party, Senator Ademola Adeleke, is leading with 353 votes (254,698) from the Saturday election with APC candidate, Gboyega Oyetola, trailing him with 254,345 votes.

Omisore became the bride after the Independent National Electoral Commission declared that rerun would take place in seven polling units with majority of them falling under his stronghold in Ile-Ife.

His country home in the town soon became a mecca for political bigwigs, with the PDP presidential aspirants, Senator Bukola Saraki and Atiku Abubakar, visiting to canvass his support for Adeleke.

Earlier on Wednesday, a statement issued by Omisore’s media aide, Jide Fakorede, had denied his total support for the APC. In the statement, Fakorede said Omisore’s interest was good governance in Osun State.

But while addressing journalists at his residence in Ile Ife later on Wednesday, Omisore said he had accepted to work with the APC with the possibility of forming a coalition government with the party in the state.

He said, “We have accepted to support the APC for victory in the rerun election and thereafter form a coalition government. Our decision to form a coalition government is based on the party that is ready to work with the SDP to adopt and implement the core values of our party which is social justice, equity and good governance. The PDP and the APC approached us for coalition based on our performance and grass-roots network especially in the seven polling units earmarked for the rerun.