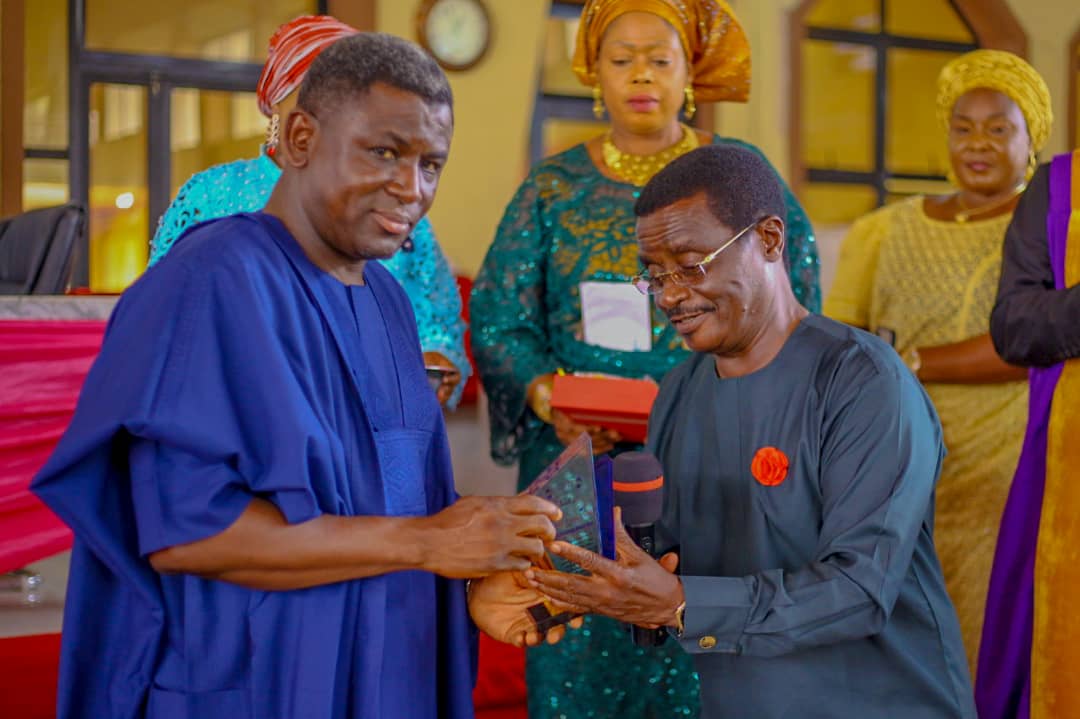 In its quest to achieve an all inclusive Local Government Council Elections ,the Oyo State Independent Electoral Commission( OYSIEC ) , has taken the ongoing trust and confidence building campaign of the commission to the African Church Cathedral Of Ebenezer, ( Ibadan Diocese ).

The visit according to the commission was aimed at ensuring large turn out of the eligible voters to participate in the forthcoming local government council elections .

The Commission Chairman, Aare Isiaka Abiola Olagunju , while receiving an award of honour as Electoral Empire of the year, at the 2020 General Harvest and thanks giving service of the Church ,held at its auditorium, hinted that the time table for the Local Government Council Elections will be released soon.

Aare Olagunju, who expressed delight for the support received from the church, maintained that the interest of the electorates remains top agenda of the commission.

He disclosed further that the working environment remains promising since he assumed office , hence , there is need for the people of the state to partake in the election by voting for candidates of their choices on election day .

He urged those that are yet to collect their voters card to take advantage of upcoming voter’s registration exercise by INEC to get their Cards in order to exercise their civil rights without stress .

In his sermon , His Grace , The Most Rev’d A . A Odufuwa , admonished all and sundry to seek help from God at all times and also see His blessings in their lives as mere privilege .

Rev. Odufuwa, also emphasised the need for man to embrace geniue love in the society .

“Donations to place of worship have to be voluntary because we will reap what we sow .

” Blessings is to test human beings and it is important we place our believe in God as He remains the only provider .

Other awardees at the event include Prof. Babajide Owoeye, Educationaist of the year, Akile Adetola Emmanuel , Home Provider of the year , Ven . Sunday Adesanya , Clergy Man of the year amongst others .