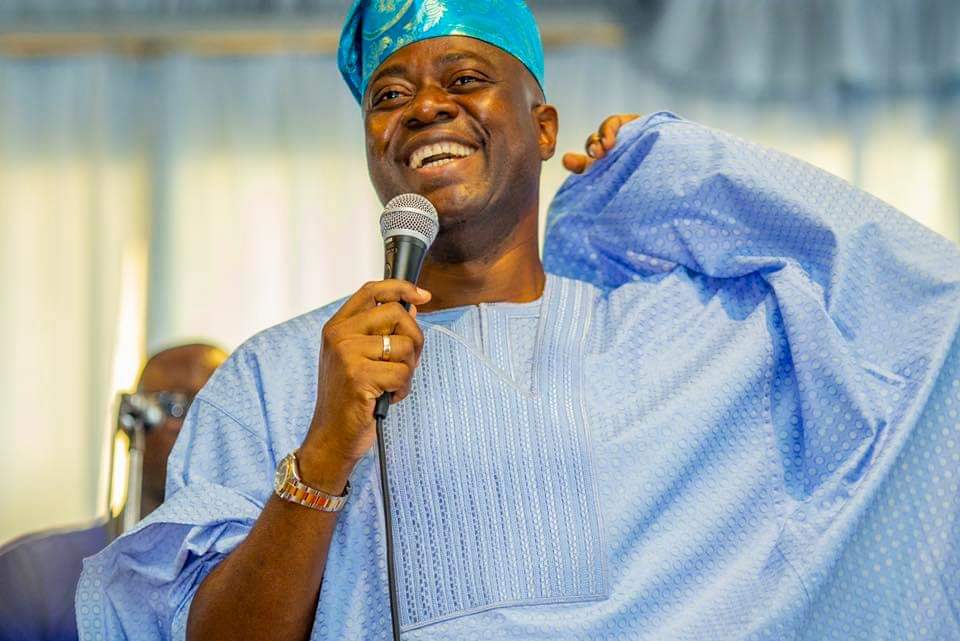 The caucus of the Peoples Democratic Party, PDP in Ibarapa Zone has passed a vote of confidence on the Oyo State Governor, Engr Seyi Makinde on his avowed mission to raise the bar of good governance in the State.

They particularly commended the Governor for approving the total reconstruction of Omi-Adio/Ido/Eruwa Road, Eruwa Farm settlement, replacement of old water pipes to boost water supply in the zone among others.

The vote of confidence was moved at the Zonal meeting of the PDP held in Eruwa by the Speaker, Oyo State House of Assembly, Hon Adebo Ogundoyin and the response by the party faithful in attendance was unanimous

Moving the Vote of Confidence, the Speaker said Governor
Makinde has justified the trust reposed in him by the people of the State who overwhelmingly voted for him in 2019.

Hon Ogundoyin stated that the Governor has promised that no zone will be left behind in his design to ensure all round development of all State.

Also speaking at the caucus meeting, the Chairman Water Corporation of Oyo State, Dr Adebayo Adepoju pledged the loyalty of the zone to the present administration stressing that everything is being done to ensure the party continues to wax stronger and stronger in Ibarapaland.