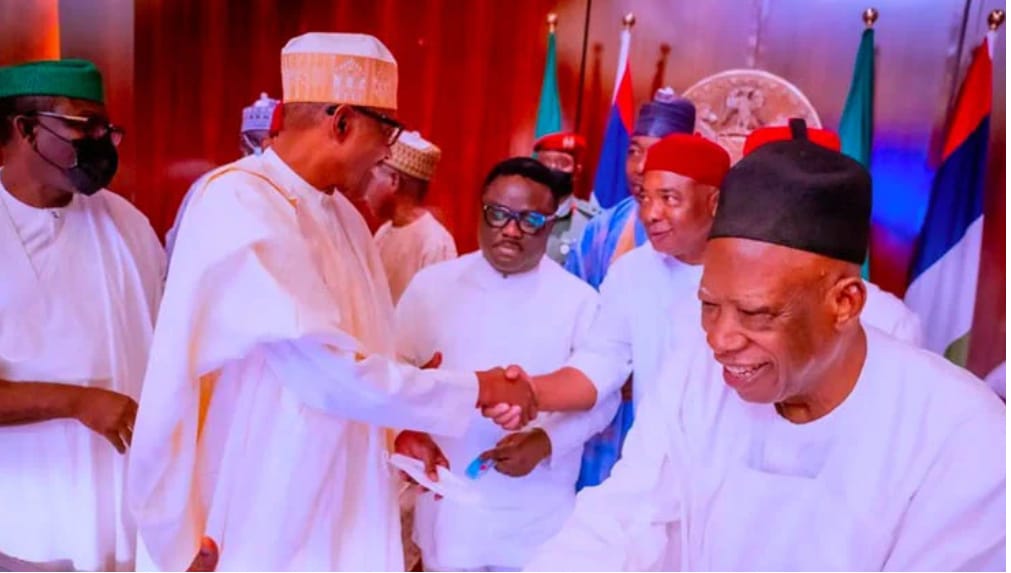 Before the national chairman of the All Progressive Congress (APC) emerged, Primate Ayodele, the leader of INRI Evangelical Spiritual Church had revealed the process that will determine the new chairman of the ruling party.

When even the politicians in the party were clamouring for an election for the post of the national chairman, Primate Ayodele revealed that the process of selection will not be democratic but will be decided by the ‘cabals’. Many didn’t believe him until President Buhari threw his weight behind Abdullahi Adamu as his preferred candidate and it led to his emergence as chairman of the party unopposed, as Primate Ayodele revealed.

Again after his emergence, Primate Ayodele released some warnings for the party and the chairman which was published on major news platforms on the internet. It was a four-paragraphed prophetic warning on the administration of the chairman.

In one of the paragraphs, Primate Ayodele spoke on the next presidential candidate of the party which will of course be a major project of the party chairman. The man of God said he will be confused on choosing the party candidate and that he doesn’t see it being democratically executed.

‘’Adamu needs to pray for his good health, he will not be able to have his own mind, he will be full of confusion to know who to pick as next presidential candidate, no candidate of the APC will be democratically elected.’’ (https://dailypost.ng/2022/04/03/2023-apc-will-divide-adamu-will-be-controlled-by-cabals-primate-ayodele/)

For some weeks now, there have been issues in the ruling party concerning the next presidential candidate of the party. The party has been confused on who to choose especially after the PDP elected Abubakar Atiku to be the party’s flagbearer. The aspirants of the APC are up to 23, just to show the rate of confusion in the party, as the man of God warned.

Speaking on his warnings about the candidate not being democratically elected, President Buhari held a meeting with APC governors two days ago about the presidential candidate of the party and he was quoted pleading with the governors to allow him choose his successor, which means a consensus candidate will emerge. This has caused issues and arguments between top members of the party with some opposed to the president’s request to choose his successor instead of making it an open ground for every aspirants at the convention. This has also fulfilled Primate Ayodele’s prophecy.

Again, the man of God warned the chairman to pray against internal wrangling.

‘’The party will be divided because the chairman will not want to listen to the power that produced him. Let them continue to pray against internal wrangling, if Adamu wants to succeed, he must be extremely careful and seek for God’s divine direction.’’ (https://dailypost.ng/2022/04/03/2023-apc-will-divide-adamu-will-be-controlled-by-cabals-primate-ayodele/)

Few days ago, some national working committee of the APC publicly called out chairman, Abdullahi Adamu for blackmailing them and running a one-man show. They accused him of not carrying them along in some of the decisions he is making on behalf of the party. It took a swift intervention yesterday to douse the tension. No doubt, the prophecy of Primate Ayodele has been fulfilled.