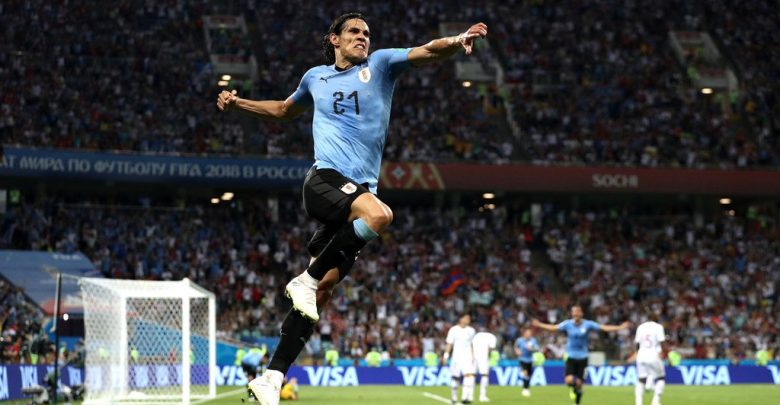 Cristiano Ronaldo’s Portugal has exited Russia 2018 World Cup after losing 2-1 to Uruguay in the second match of the round of 16.

Paris Saint Germaine striker, Edinson Cavani opened the score for Uruguay on the 7th minute to end the first half 1-0 in favour of the Uruguayans.

However, at the start of the second half, Pepe equalized for Portugal on the 55 minute to rejuvenate their hopes of progressing before Cavani shattered the hope seven (7) minutes later with his second goal for the night to end the game 2-1 in favour of Uruguay.