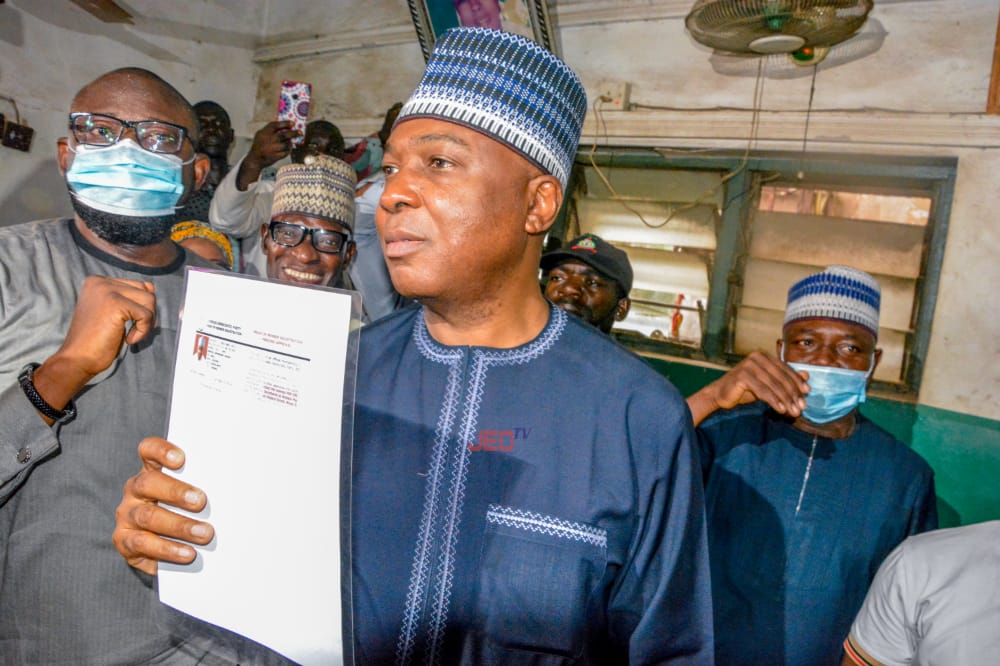 The Immediate past Senate President,  Senator Bukola Saraki has stated that the Peoples Democratic Party (PDP) remains the strongest and most peaceful party in Kwara state.

Saraki said this while speaking with journalists on Tuesday shortly after participating in the PDP local government congress and membership e-Registration exercise at his Ajikobi Ward in the Ilorin West local government area of Kwara State.

He expressed optimism that the existing unity and peace within the opposition party in Kwara State would largely contribute to the victory of the party in the next general election.

A statement issued by his Press Officer on Local Matters, Abdulganiyu Abdulqadir quoted the former lawmaker as saying: “Let us all go and prepare for 2023 elections. It’s all clear that PDP government is what people want. We’re committed and it’s left for us to go all out and sell message of hope to our people. The PDP is the only one party in the state that’s united and peaceful. For progress of the state, it’s the PDP. We are ready to provide leadership come 2023.”

Speaking further, Saraki said the leadership of the PDP in Kwara, has in line with its commitment to inclusiveness, opened more leadership positions for women and young people.

On the ongoing e-registration membership exercise of the party, the former Senate President described the process as transparent and capable of reducing sharp practices, saying that the PDP has the most modern way of keeping database of all its members.

He also said that the party now has a better of running its affairs, adding that the registration process was in line with the global best practices.