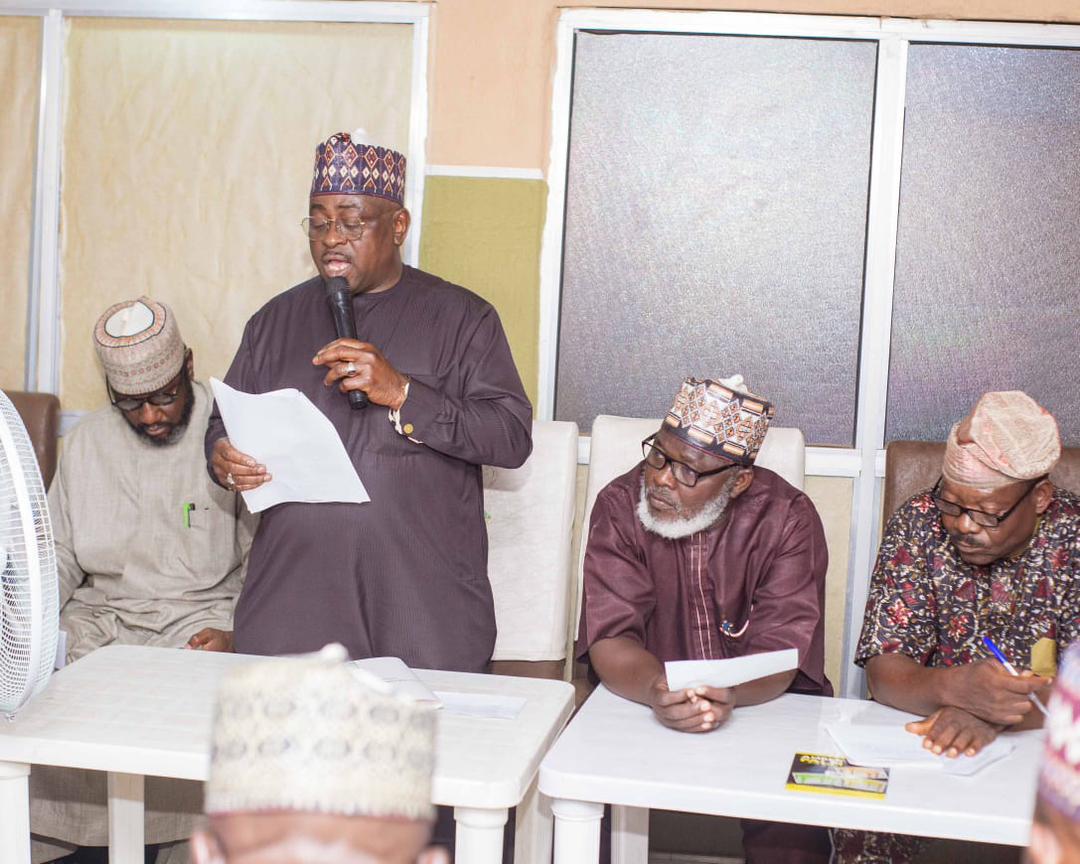 Olododo who is the incumbent representative of the Federal Constituency  inaugurated campaign team at his constituency office located at GRA, Ilorin.

While addressing the campaign team, led by a former Chairman of Ilorin East Alh. Tunde Saad and Alh. Ishola Mashood Abiola (Pascal), who were appointed Deputy Chairman of Campaign Council and Director General respectively, Olododo said “It will be recalled that about four years ago, some respectable individuals were assembled to constitute my campaign council to actualize my ambition to contest for the seat of Ilorin East/South Federal Constituency in the House of Representative of the National Assembly, Abuja.

“Upon my swearing-in, I hit the ground running in ensuring that our campaign promises are fulfilled and dividends of democracy are drawn to my constituency.

“Without sounding immodest, I have been able to break an unprecedented record in my constituency in terms of legislation, constituency projects I had facilitated and empowerments programmes I had executed.

“In due course, the list of all these projects and my other political activities compiled and contained in my book titled “SO FAR, SO GOOD” will be in circulation”, he added.

The Chairman, House committee on National Planning added that “As another general elections are fast approaching, where I will be seeking re-election into the House of Representatives under the platform of SDP, to continue the good works I had started, I need to emphasize and implore members of the Campaign council and all other members of our campaign team to conduct their activities in an orderly manner.

He stressed that “Campaigns should be issue-based and not insult or attack on personalities. I abhor violence and thuggery and I don’t encourage anyone to engage in them in the name of politics. Our campaigns should be devoid of politics character assassination and political violence.”

Olododo urged members of his Campaign Council and Campaign team to go all out and canvass vote for all SDP candidates in Kwara state, particularly in Ilorin East/South. 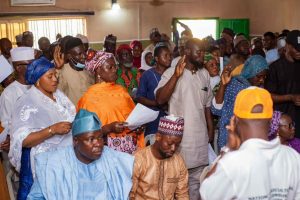 The Director General (Operations) of the Hakeem Lawal Campaign Organization, Arch. Kale Belgore in his remarks said “Alh. Olododo is a leading politician and public administrator of note, not just in Kwara but Nigeria, whom Ilorin East/South is proud to have as a representative.

“I congratulate you all on this noble assignment because it is a great opportunity to be nominated into the campaign team of Hon. Olododo, who is one of our very formidable candidates in SDP.”

Belgore added that “Comparing what other representative members in Kwara has done with Olododo, his delivery is visibly unmatched and his re-election will be of great significance to the development of our Federal Constituency.”

Representative of the Kwara state SDP Chairman, Tajudeen Ojolowo, financial secretary of the party implored the member of the campaign council to be steadfast and have strong faith in the party, noting that the waiting days would soon be over and the long walk to Kwara’s freedom will manifest soon.

He also urged them to appease aggrieved members and enjoin them to join hands to work with the party.

The Director General of the Campaign Council, Alh. Ishola Mashood Abiola (Pascal) in his remarks, promised to run a family-like campaign organization, in tandem with the collectivist ideology of our principal (Hon. Olododo).

“I urge us all to work as a team of equals working towards a common goal and we shall have cause to celebrate come February 25th and beyond.

“On behalf of my team members, I thank Hon. Olododo for the opportunity given us to serve in the campaign team and assure him of outstanding delivery for him and the entire SDP.”