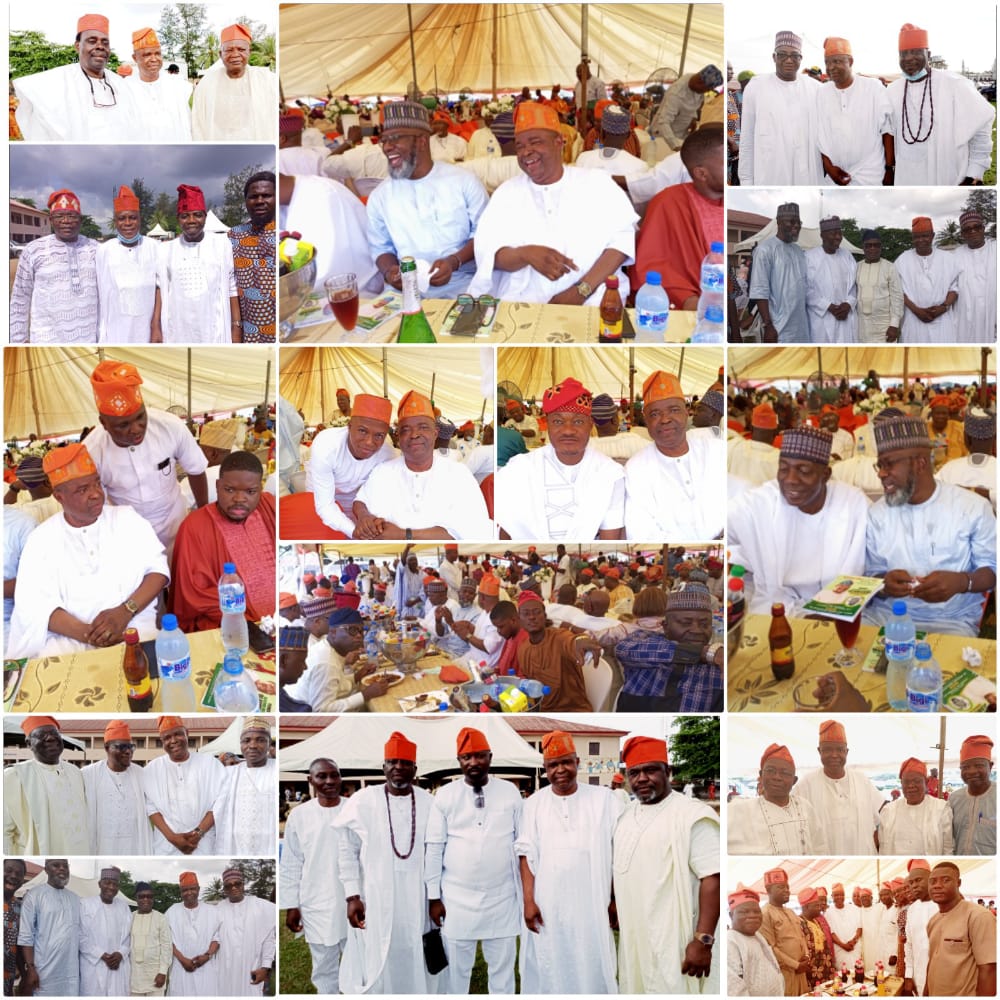 Dignitaries from all walks of life over the weekend converged on Ososa Ijebu-Ode, the ancient city in Ogun State, to bid a final farewell to Late Prince Olatunji Justus Olawunmi, the father-in-law of Distinguished Senator Rafiu Adebayo Ibrahim.

Late Prince Olawunmi, died on October 3, 2021, at the age of 82. He was survived by children and grand children, one of whom is Mrs Balqis Morayo Yetunde Ibrahim Nee Olawunmi, wife of Distinguished Senator Rafiu Adebayo Ibrahim.

The funeral service for the late patriarch held at Saint John’s Anglican Church, Ososa, with many prominent dignitaries present to honour him with their last respect.

The ceremony kicked off on Thursday with a Service Songs and Wake-keep.

Family members, community members and well wishers, across religious divide testified to how instrumental the deceased was to the social and educational development of many individuals.

Also testifying about Pa Olawunmi, church members described him as God-fearing, dedicated and a strong pillar.

They said he would be sorely missed for his developmental contribution and active roles in church, especially in ensuring many were educated.

The church service was followed by a reception as Senator Ibrahim played host to dignitaries to include politicians, top government functionaries, business tycoons am.ongst others.