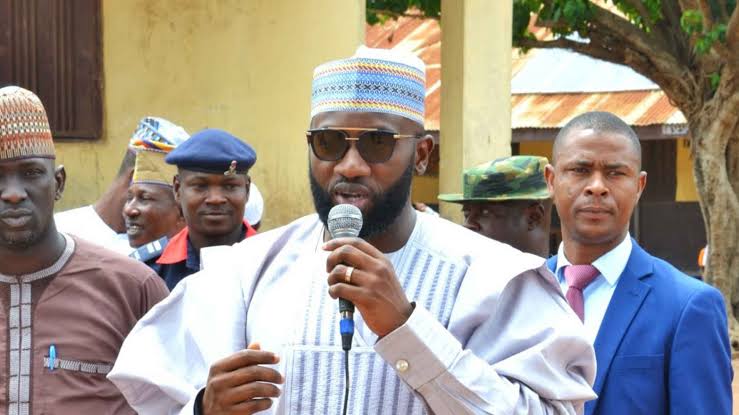 In a manner reassuring there places as foremost philanthropists in Kwara state, hardly had the shelter-at-home directive of the authority put in place to flatten the curve of transmission of COVID-19 began when the people sought the help of the Shagayas on providing relief materials to cushion the economic effects. Barely a few days after, the ebullient stateswoman, Hajia Bola Shagaya responded marvelously by donating multi-million naira worth materials to the state technical committee to support their efforts in combating hardship in the land.

Like a true African mother, one may say she stood to be counted. After all, a mother is one who they say doesn’t hear the despaired voice of her children without worrying. One may also say she acted in truism of a saying that form is temporary and class is permanent. It was just some months ago when the same woman supported the launching of Arabic manuscripts in Ilorin Emirate, a project by Prof Moshood Mahmood Jimba. The strong passion for progress and development is one of the traits that set the Shagayas apart from many families in the state.

One does not need to look far for credence. There is a clear manifestation in Hon. Sheriff Shagaya, Chairman Salman Shagaya Foundation, and his activism for the last five years. From the year 2015 to this moment, no singular person has given back to Kwarans better than him in a private capacity. The soft loan scheme for the indigents which has now become the pinnacle for benefaction in the state is a quarterly program, even more so free, as one of the programmes he championed. There is perhaps no one who is not also aware of our 4,000 homes solar intervention scheme. It is one that made a famous publisher nicknamed him ‘Sheriff Imole’ because of its great impact.

To further his cause and live to his billing, Shagaya under the auspices of his vastly successful foundation joined the few true impact makers in the world in assuaging the suffering of the people yesterday. In a quite unprecedented manner, thousands of people (essentially the aged, PWDs, the widow, and other persons of interest) received #5,000 each to curtail the surge of hunger caused by economic inactivity because of the outbreak of Coronavirus disease. That is arguably the best in recent times.This will also be augmented with thousands of repacked bags of rice in the coming days. Whoever misses out on the money will at least get a hold of the rice. That is ticking all boxes.

Now that is consistent with one of the greatest philosophers —Theodore Roosevelt’s immaculate saying that– “great thoughts speak only to the thoughtful mind, but great actions speak to all mankind.” He must have had people like Sheriff Shagaya in mind. The pure class with which he redefines philanthropy is eye-catching. It is evident in how he is treated with reverence despite being relatively young. Perhaps he is like the proverbial golden fish who has no hidden place. The world is no worse not to no longer know the place of good people. Sheriff Shagaya is a wonderful man and he deserves all the accolades.

Abdullateef is the Press Secretary of Salman Shagaya Foundation.