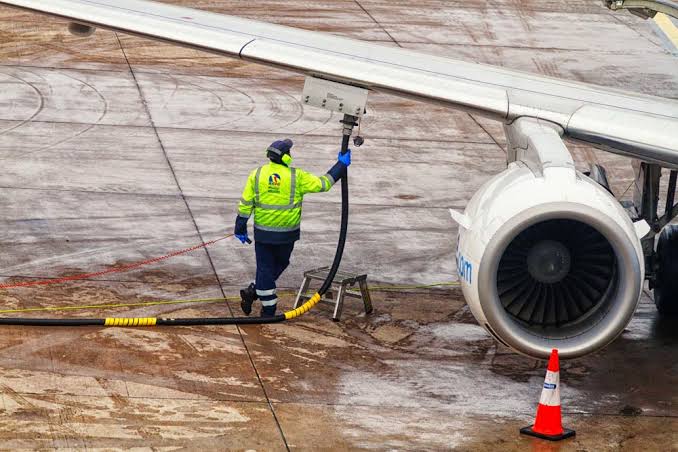 From small airplanes like the Cessna to large twin-engine jets like the Airbus A380, all combustion-powered airplanes require fuel to operate. Just like combustion powered automobiles, they burn fuel to create the power needed to achieve and maintain a safe flying speed, altitude, and more. Large commercial airplanes like the Boeing 747 burn roughly 1 gallon of fuel per minute.

Interestingly, an international oil firm Octavus has launched in Ilorin, the Kwara state capital seeking to boost the airline business in the state, and the region by supplying high-quality aviation fuels.

From private pilots to larger airlines, Octavus creates value for its customers through the safe and timely supply of high-quality aviation fuels and a comprehensive range of high-performance aviation products.
We might not have noticed it, but the impact will be very important, huge, and helpful to the state and the people. The company has commenced the supply of aviation fuel for aircrafts at the Ilorin Airport. That means the Ilorin Airport will now join Abuja, Lagos, Kano, Port Harcourt, Enugu, Calabar, and other top and viable airports in Nigeria as fuelling locations for planes.

Interestingly, more airlines can now use the Ilorin Airport as a business hub for airplane fuel purchases. This will constitute a catalyst that will improve aviation services at the Ilorin airport more than ever.

Octavus has changed the dynamics. Ilorin Airport was historically established as an alternative airport for the Lagos International Airport. And from the onset, it was expected to be a possibility for International flights.

A lot of people have always dreamt of the Ilorin Airport as a regional hub for flights to cities across the world. Well, it wasn’t likely ever going to take off, if planes cannot be fuelled from the Ilorin Airport. That’s why the commencement of aviation fuelling from Ilorin, has become a major economic win for Kwara state. Kwara state can now speak with aviation authorities to permit international flights from Ilorin to other cities across the globe.

Since the airport began operating, commercial activities in Ilorin and other cities in Kwara State have increased. Other neighboring States of Osun, Ekiti, Kogi, and Niger have also shared in the glooming business breakthrough the airport brought up.

The airport opened Kwara State to air migration and commerce. It has also led to a major improvement in the agricultural and other business sectors of the state.

It is very exciting that Octavus is owned and managed by an Ilorin homegrown, an intrepid young businessman, that’s been touching lives in various forms and various communities for years; Alhaji Sheriff Shagaya. A progressive leader in human capital development whose charity quest has illuminated many lives across different demography within and outside the state.

This is indeed is a big win for Kwara and Nigeria at large.