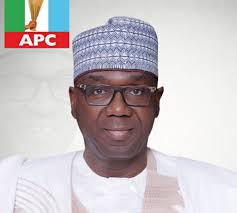 Prior to the inauguration of Governor AbdulRahman AbdulRazaq’s administration, tertiary institutions in Kwara State were in a state of comatose, due to the lackadaisical attitude of previous administrations. From the Kwara State College of Education, Ilorin, to those in Lafiagi and Oro, to College of Arabic and Islamic Legal Studies (CAILS), and the Colleges of Nursing and Midwifery in Ilorin and Oke-Ode, there were painful stories of strikes, non-payment of staff salaries, infrastructural decay and inability to secure accreditation for programmes, among others. Expectedly, morale of teachers and students alike was very low as the future of tertiary education in the state was painfully bleak.

Consequently, Kwara streets, especially Ilorin, were turned to protests ground for staff begging for their salaries, students marching to Government House to ensure school reopening after a long period of strike and management staff dying in silence over non-release of subventions. It was that pervasive melancholy state of that critical unit of the education sector that Mallam AbdulRahman AbduRazaq inherited on 29th May, 2019 as the Executive Governor of Kwara state. 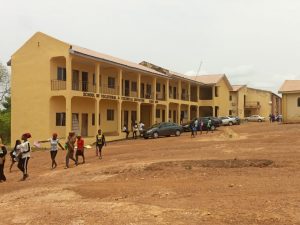 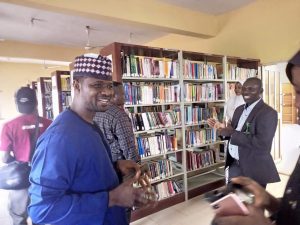 Thirty-six months after, and still counting, Governor AbdulRazaq is changing the narrative by rising up to the challenges facing tertiary institutions in the state. The Governor provided funds for accreditation and cleared outstanding salaries of staff within the first six months of his inauguration.

At the Kwara State College of Education, Ilorin, the OTOGE administration cleared six months salaries, reintroduced monthly subvention and staff promotion. Apart from that, he also released accreditation fee to our Colleges of Education to run affiliate courses with the Ekiti State University and University of Ilorin to run 17 degree courses. Additionally, the current administration in the state is supporting the College of Education Ilorin to renovate 15 buildings in order to create a conducive learning environment for students.

Similarly, the Kwara State College of Education in Oro is also witnessing rapid transformation, courtesy of Governor AbdulRazaq’s administration. The Governor lifted the embargo on employment and approved replacement of some teaching and non-teaching staff in 2020. This occurred in areas of critical needs, taking cognizance of the National Commission for Colleges of Education ( NCCE) and the National Universities Commission (NUC) accreditation requirements. This administration has consistently released monthly subventions to the College and recently released millions of naira for NUC accreditation for 12 degree programmes in affiliation with the Ekiti State University as well as NCCE accreditation for two programmes in January 2022.

The story is the same at the State College of Education (Technical), Lafiagi, as the OTOGE administration cleared all outstanding staff salaries inherited from the immediate past administration in the State. The man at the helm of affairs has also restored the payment of monthly subventions to the College.

The various interventions of the State Government under the proactive, passionate, and purposeful Governor has revived the College which was almost going moribund, due to non-accreditation of programmes. The listening Governor released ₦59 Million for accreditation and reaccreditation of existing courses.

Likewise, the College of Arabic and Islamic Legal Studies (CAILS) became a progressive bubbling school after Governor AbdulRazaq cleared months of backlog of salaries, with a view to energizing the staff to deliver quality educational services to students. While the reintroduction of monthly subvention is helping the school management to promptly pay salaries of workers in full as against the modulated payments pattern adopted during the previous administration. 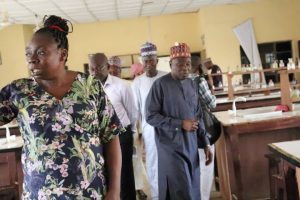 Furthermore, the State Government released the sum of ₦24 Million for accreditation, including the facelift of the administrative block to put in place infrastructural facilities for the National Board for Technical Education (NBTE) and Accreditation of National Diploma (ND) courses.
CAILS now has a standard radio and television studio, fully equipped with modern gadgets to meet the contemporary professional best practices.

The AbdulRazaq administration has assisted the school in installing an e-library, and a language laboratory was equally provided for smooth teaching and learning in line with 21st century trends. The sum of ₦25 Million was equally released in 2021 for the reconstruction and renovation of two blocks of classrooms and the College hall in order to improve infrastructural facilities at the College. 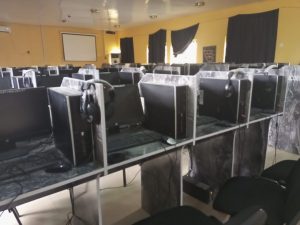 Without mincing words, it suffices to say that Colleges of Education across the state had witnessed tremendous progress as well as academic stability under Governor AbdulRahman AbdulRazaq. The 3 year anniversary of his administration is the season of all-round progress for tertiary institutions in the State.

The AbdulRahman AbdulRazaq Midas touch is equally manifest at the state
College of Health Technology in Offa, Offa Local Governnent Area of the state.

The school in the last three years of the administration of Governor AbdulRahman AbdulRazaq has deployed state of art facilities to train people who can apply scientific knowledge to solve environmental problems for the convenience of man, offers an opportunity for students to personally practice the theoretical models in the classroom and provide technical knowledge and skills necessary for industrial, commercial and economic development of the nation. The school is also working round the clock to groom technicians, technologists and other skilled personnel to support core medical staff in providing quality healthcare to the citizenry.

Apart from that, Kwara State College of Health Technology, in its bid to produce job providers and not job seekers is harnessing the opportunities in teeth fabrication and ophthalmology for purpose of students’ training, community service and boost their internally generated revenue.

A recent facility tour by select journalists shows that the state government owned institution has capacity and manpower in teeth fabrication and render dental care services to the public.

The Ophthalmology centre has modern facilities not limited for training but render services to the community. It’s exciting to know people of Offa and its environs are already enjoying their services at affordable rate.

Furthermore, the College Management, with support of Governor AbdulRahman AbdulRazaq, is constructing an Entrepreneurship Centre to provide vocational training for students in additional to their main course of study. Entrepreneurship education is fast becoming in-thing across tertiary institutions as part of efforts to reduce unemployment and instil entrepreneurial spirit in students.