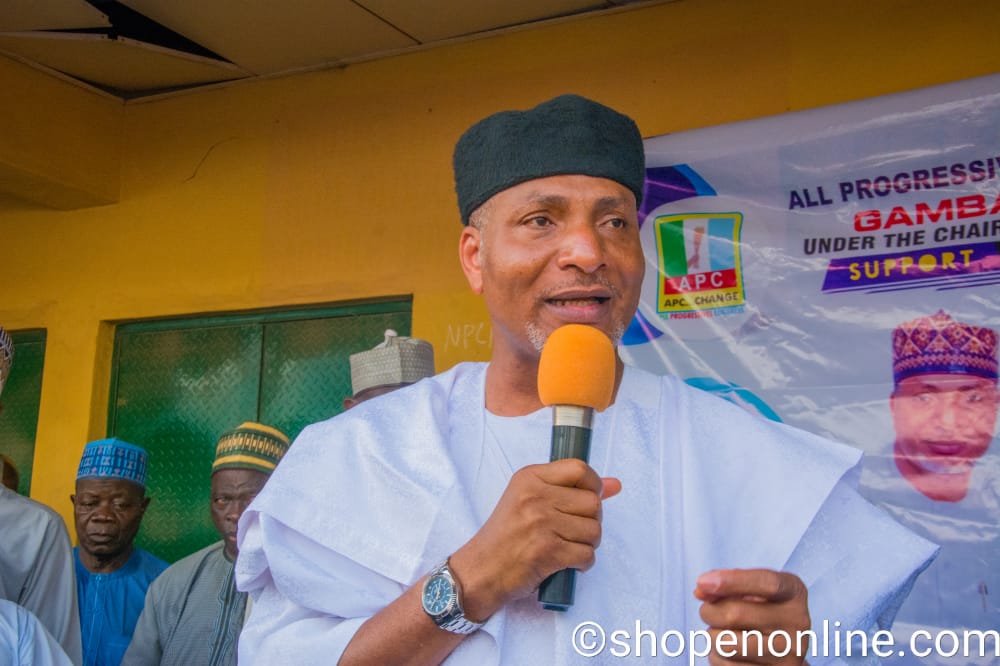 Mallam Saliu Mustapha needs no introduction in today’s Kwara State political space. He has registered his name in the mind of Kwarans with his gentlemanly approach to politics and consistency in building political structure. The
a successful businessman who is the Turaki of Ilorin is a unique and decent politician with progressive DNA as he always aligned with progressive-minded politicians since his days in the All Nigeria Peoples Party (ANPP) and Congress for Progressives Change (CPC) where he served as the Deputy National Chairman (North).

Mustapha with other sincere, committed and patriotic Nigerians worked assiduously to promote the candidacy of Muhammadu Buhari starting from 2007 in the ANPP and 2011 on the platform of the CPC and gave it their all, leading to impressive outing across northern Nigerian states.

In 2013, Saliu Mustapha joined like-minded politicians across the country to form the All Progressives Congress (APC) and strategically secure their support to get APC’s presidential ticket for the then General Muhammadu Buhari who later defeated the then incumbent President, Goodluck Ebele Jonathan in 2015 Presidential election.

Recall that the trained Mineral Resources Engineer played a key role in Buhari Campaign Organization and Buhari Support Organization in the build-up to the 2015 general elections. Buhari’s inner circle who are familiar with the intrigues of the election described Saliu Mustapha as one of the top guys who went extra mile for the actualization of Buhari’s Presidency.

Back home in 2019, he teamed up with other key players towards the actualization of the OTOGE Revolution that led to the defeat of the Saraki dynasty and also aspired to be Governor on the platform of APC. It’s on record that he has secured party faithful support ahead of the primary election before the unusual occurrence that Mustapha has since put behind him happened.

Although, Saliu Mustapha had every reason to seek redress in a court of law or play the role of a spoiler like some aggrieved party stakeholders did in Zamfara, Imo, and the Rivers States the decent politician simply ignored the action of the compromised few and redirected his focus towards the re-election of President Muhammadu Buhari as well as the OTOGE Revolution.

For the records, Saliu Mustapha donated his Campaign Office to Buhari Osinbajo Campaign Organization and rebranded the Secretariat. He consistently provided logistics support for APC throughout the electioneering campaign period and kept his supporters on the field to ensure the overwhelming victory of the party.

Since then, Saliu Mustapha has continued to support Kwara APC and advocate for unity to strengthen the party. It could be recalled that different organizations within and outside Kwara state drummed support for him in his bid to become the APC National Chairman. The avalanche of support for Saliu Mustapha shows his acceptability among Kwarans, especially in Kwara Central as different groups including students, youth and women organized prayers and solidarity walk for him.

The Community interventions of the Ilorin East-born politician have endeared him to the good people of Kwara Central Senatorial District. He has consistently put smiles on the faces of the vulnerable through humanitarian efforts and the implementation of sustainable empowerment programs by his foundation.

The humility, kindness, and genuine love for Ilorin Emirate through the promotion of its heritage, value, and belief earned him the Turaki of Ilorin bestowed on him by His Royal Majesty, Dr. Ibrahim Sulu-Gambari in 2021.

The impressive outing of Saliu Mustapha during the APC Senatorial Primary election for Kwara Central is a pointer to the wide acceptability rating of the kindhearted politician. He enjoys stakeholders, party faithful, and electorates’ support with the understanding that Primaries would be a referendum on his personality.

Fortunately, he scaled through and the APC Senatorial Candidate for Kwara Central is heading to the general election with an impressive acceptability rating across political and religious divides. The Solution-oriented campaign he ran in the build-up to the governing party Primaries shows he will bring more dividends of democracy to the grassroots and use legislation to address challenges facing his constituents when elected as a Senator. Recall that the Business Mogul donated 17 Solar-Powered Boreholes to Asa local government and released millions of naira for different community interventions in Ilorin East, Ilorin South, and Ilorin West during his consultation.

Mallam Saliu Mustapha, the Turaki of Ilorin Emirate will bring comfort (ITURA) to the four local government areas in Kwara Central Senatorial District.c Saliu will do it differently for the benefit of all.